On the Town Meeting Day ballot, Waterbury and Duxbury voters will decide whether or not to allow the sale and production of cannabis within their towns.

Currently, it is legal in Vermont for adults over the age of 21 to possess small amounts of cannabis, to give cannabis flower and other products as gifts, and to grow two plants per household. 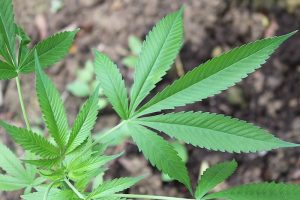 Select boards in both Waterbury and Duxbury have put the cannabis commercialization question on their Town Meeting Day ballots. In Duxbury, it’s Article 10. In Waterbury it’s Article 8.

The state Legislature passed Act 164 in October, creating a framework for legalizing and regulating the sale of recreational cannabis statewide. To establish this new commercial marketplace however, the law requires individual towns and cities to “opt-in” by a public vote to determine if they want to allow retail sales and production of cannabis.

Select boards in both Waterbury and Duxbury have put the question on their Town Meeting Day ballots. In Duxbury, it’s Article 10. In Waterbury it’s Article 8. The question reads: “Shall the town authorize cannabis retailers and integrated licenses in town pursuant to 7 V.S.A § 863?”

Waterbury’s adds the language, “…but no earlier than October 1, 2022, subject to other ordinances or regulations the town may lawfully adopt?”

The term “integrated licenses” is legislative jargon for cultivation, refinement, or any step in the process of cannabis production that precedes retail sales. Select boards have the option of asking this as either one or two questions. Both boards opted for the simpler combined question.

If voters approve the measure, town governments in the future may apply further regulations or licensing conditions as they see fit. Act 164 ensures municipalities have a lot of control over the presence and regulation of cannabis.

Despite local control in legalization and licensing, however, it will be the state that will collect and allocate the tax revenue procured from marijuana sales.

Retail cannabis will be subject to normal sales tax of 6% as well as an added 14% excise tax. The added sales tax revenue will be allocated to start or fund after-school programs across the state. Currently underserved areas will get priority access to the funds. Thirty percent, or $10 million, — whichever is less — of the excise tax revenue will fund substance abuse and misuse programs. The rest of the excise tax will be added to Vermont’s general fund.

When could Vermonters expect to purchase retail cannabis?

That’s not entirely clear. Act 164 allows existing medical marijuana dispensaries to sell cannabis to the general public in May 2022. Act 164 envisions new retailers waiting until at least October 2022. But that depends on new businesses being able to obtain the necessary retail or cultivation licenses. The licensing process is not laid out in Act 164. Instead, a yet-to-be-formed Cannabis Control Board will be charged with that role along with the task of recommending environmental rules regarding cannabis cultivation. The board also will have the power to implement other rules.

The state has accepted applications for the three-person board which was intended to be established by mid-January. So far, the board members have not been announced.

According to Gov. Phil Scott’s Press Secretary Jason Maulucci, approximately 100 people applied. “Per statute, we then narrowed the pool and sent names to the Cannabis Control Board Nominating Committee,” Maulucci said in an email this week.

The committee went through the applications and returned to the governor a shorter list of candidates it deemed to be “well-qualified,” he said.

On Thursday, Maulucci said the governor’s office had just received the committee’s recommendations. “The Governor will appoint members, who are then subject to Senate confirmation,” he explained, although he did not say exactly when that announcement would be made.

The process is lagging behind the schedule laid out in the legislation. It envisioned advertising for applicants in November but Gov. Phil Scott’s announcement didn’t happen until mid-December. Lawmakers have said the timeline set out by Act 164 may need to be adjusted if the board is not in place and able to hire an executive director in order to begin its work during the current legislative session.

In considering whether to ask voters to consider retail cannabis, the Waterbury Select Board heard from a handful of proponents in early January.

Chris Viens was the one board member to oppose putting the question on the ballot. He expressed particular concern about the impact legal cannabis retail outlets might have on children. “I can’t support anything to do with it,” Viens said during an early January discussion on the matter.  “I wonder if the benefits really outweigh the detrimental costs.”

Duxbury’s Selectboard had a similar discussion with members noting that a more rural community such as theirs may be more suited to cultivation than retail, so nonetheless important to ask voters to weigh in.

Proponents in Waterbury pointed out that tax revenue would be spent on youth after-school programs and drug-abuse prevention efforts. Local entrepreneur Noah Fishman who spoke in favor of the measure suggested that youth use has dropped in other states that have legalized marijuana sales and that trend is credited to a shrinking black market. “The more we’re able to bring this into the above-board market in retail stores, the harder it is for youth to buy this product,” he said.

“All I can hope for,” Viens said, “is maybe this time I’m proven wrong.”