The Vermont Senate finished the 2021 legislative session Friday much the way it began, focusing on social justice themes, including one resolution condemning anti-Asian hate, and another marking the anniversary of the death of Minneapolis resident George Floyd.

On May 25 of last year, Floyd, an African-American, was arrested by four officers for allegedly trying to pass a counterfeit $20 bill at a store. Floyd resisted arrest but was pinned down by the knees of arresting officer Derek Chauvin.

According to an autopsy, Floyd’s heart stopped while he was pinned, leading to his death. In April, a jury found Chauvin guilty of second and third-degree murder and second-degree manslaughter. 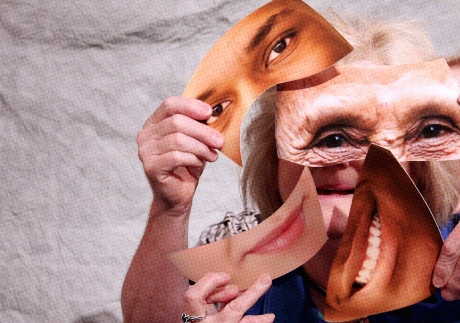 RACISM: The 2021 legislative session for the Vermont Senate centered on social justice resolutions and bills — even during the final day of the session.

This Tuesday marks the 1-year anniversary. On Friday, on the Senate floor, Sen. Randy Brock, R-Franklin, presented the resolution S.R.11 “honoring the memory of George Floyd by designating May 25, 2021, as a Day of Remembrance and Action.”

“Scores of people saw George Floyd die, and millions of people have seen the ample video of that death,” he said. “Now some would say that George Floyd was a criminal, that he was accused of a crime of passing a counterfeit $20 bill, that he may have been at least at one point uncooperative with police officers. But the underlying answer to all of that is that Goerge Floyd was murdered.”

Opinions on the technical causes of Floyd’s death vary. A Science Times report states that “George Floyd officially died from a heart attack while under arrest with evidence of fentanyl and meth use.”

The report continues: “After the initial autopsy by Hennepin County Medical Examiner finding ‘no physical findings that support a diagnosis of traumatic asphyxiation or strangulation.'” Floyd’s family’s lawyers disputed those findings.

One opinion writer suggests that because of the high publicity of the case, Chauvin’s chance at an unbiased trial was unlikely.

The other social initiative of the day was resolution S.R.10 “condemning anti-Asian and anti-Pacific Islander hate in the United States and recognizing May 2021 as Asian American, Native Hawaiian, and Pacific Islander Heritage Month in Vermont.”

An emotional Sen. Kesha Ram, D-Chittenden, read an account by a Tai American woman in Ohio whose father died because she said he was denied basic medical care for COVID-19.

“He died of simple dehydration after multiple denials of service by the healthcare system,” Ram said. “This is just one example of the multiple forms of bias that my family experienced in seeking appropriate medical treatment during the pandemic.”

The resolution’s text suggests that Asian hate crimes are rising.

“Whereas, the Stop AAPI Hate Reporting Center reported 6,603 incidents of hatred directed at Asian Americans from March 19, 2020 through March 31, 2021, with the number of these incidents having “increased significantly … during March 2021,” it states.

One highly publicized hate crime is disputed. A police investigation into the shooting of six Asian women at a spa in Atlanta indicated that the attack was not racially motivated.

“During his interview, he gave no indicators that this was racially motivated,” Cherokee County Sheriff Frank Reynolds told media. “We asked him specifically and the answer was no.”

The Vermont resolution cites the Atlanta shooting incident as one of the justifications for this action.