Two council members have weighed in on the newly passed racial justice resolution in Burlington, which includes a 30 percent cut to the police force, declaring racism “a citywide health crisis,” and a task force to “consider an apology and a proposal for reparations for the role that Burlington has played in chattel slavery.”

Franklin Paulino, a Latino attorney and Democrat representing the North District, voted Monday in favor of the resolution. He says the city is facing substantial cuts due to the financial impacts of the shutdowns mandated by Gov. Phil Scott.

In a Facebook post, where he wrote extensively on the matter, Paulino said “a proposed reduction in the number of officers has to occur unless we find City funds elsewhere. Our City Departments are already facing unprecedented cuts due to COVID-19.”

He also said no officers will be removed suddenly, but will be phased out via attrition. 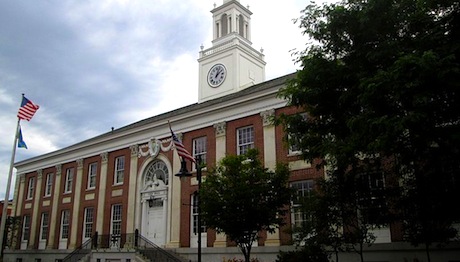 “I understand that about 5 officers of those 7 officers will be retiring anyway within the next 2 years,” he wrote. “I support re-imagining public safety to be better able to respond to the community’s calls for service and to do that we need to allocate a fixed amount of City funds.”

On declaring racism as a public health crisis in Burlington, Paulino said he supports it, and he added that other communities should follow suit.

“It’s important for every city to recognize that this has been a problem in our country evident through different systems,” he said.

He said discrepancies in home ownership, police actions, and social services are examples of where systemic racism exists.

On reparations for slavery, Paulino said it’s not just about what happened generations ago with slavery, but also injustices against minorities since then.

“It’s about what happened since … how it affects people today,” he said. ” … It’s saying we did something wrong, let’s fix it.” 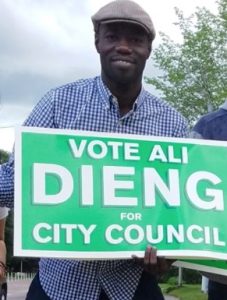 One of three councilors voting against the measure was Ali Dieng, an independent representing Ward 7. He said cutting funds for the police department is not going to help social justice causes.

“The 30 cuts, they want it to cut to attrition, which I think is not fair to the people of Burlington and the police department,” he said. “I think we should have gone through a process and had an expert in criminal justice and also an expert who can survey the community. But the resolution was definitely missing the progress piece and that is why I voted against it.”

Dieng said the portion of the resolution declaring a public health crisis is about creating awareness to the issue.

On the part about reparations for slavery, he said that’s going to be tricky because this took place hundreds of years ago.

“How do we basically just apologize, and what will that really, really mean? I don’t know,” he said. ” … If we want to do it, apologizing only is not enough, we want reparation. For that reparation, how’s that gonna happen because it’s now 400 years later? It has been a very, very long time and things have changed.”

While Vermont is known from history as a state of abolitionists who worked to free slaves, Dieng said there were some slave owners in the state, and possibly in Burlington.