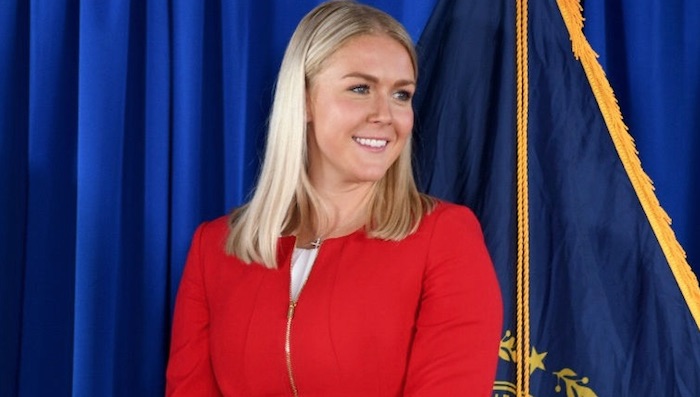 Republican Karoline Leavitt said the former president’s endorsement – the first for a New Hampshire congressional candidate in the 2022 cycle – shows that her campaign has momentum following her recent win in the five-way GOP primary.

Trump announced that he is backing his former press secretary’s campaign for New Hampshire’s 1st Congressional District in the neck-and-neck race, with less than two weeks until the Nov. 8 elections.

“Vote for her and win. She has my Complete and Total Endorsement!” Trump wrote in an email blast to his supporters.

Trump’s support for Leavitt, which was expected, comes as polls show her neck-and-neck with Pappas in a race that could help determine control of Congress in the midterms.

Real Clear Politics, one of the nation’s most respected political news sites, recently moved the congressional race from the “Toss Up” to the “Leans GOP” column.

In a statement, Leavitt said the former president’s endorsement – the first for a New Hampshire congressional candidate in the 2022 cycle – shows that her campaign has momentum following her recent win in the five-way GOP primary. 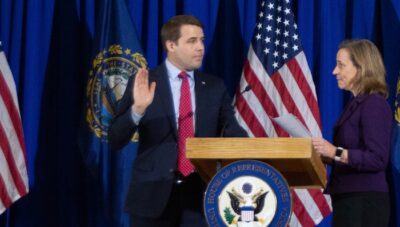 Pappas, who is seeking a third term in Congress, dismissed Trump’s endorsement of Leavitt and claimed she “held the line on January 6th for Trump as he cheered the violent attack on our Capitol.”

“This endorsement is today’s reminder that she’s blindly loyal to him and can’t cite a single issue where she breaks with Trump,” Pappas posted on social media.

An independent poll by AARP New Hampshire, released last week, shows Pappas with a slight lead over Leavitt among likely voters, 48% to 47%, well within the 4.4% margin of error.

To be sure, the nonpartisan Cook Political Report still lists the NH-01 race as a “Toss Up” between Pappas and Leavitt while other polling has put the congressional race in the “leans Democrat” column.

Leavitt, 25, is a former Trump White House aide who defeated four other Republican candidates in the Sept. 13 New Hampshire primary for the party’s nomination to challenge Pappas in November.

She has criticized Pappas as “radical Democrat” and vows if elected to work on blunting the impact of inflation while supporting policies to deal with a massive influx of immigrants at the United States’ border to Mexico.

Pappas, 42, elected in 2018 as the first openly gay congressman representing the Granite State, is campaigning on national issues such as his support for abortion access, efforts to reduce health care costs, and shepherding more federal dollars into the state.

He has criticized Levitt as “extreme” and highlighted her repeated claims that the 2020 presidential election was stolen from Trump.

Images courtesy of Karoline for Congress and Wikimedia Commons/Marc Nozell