The U.S. Department of Agriculture (USDA) announced Wednesday that it was restoring work requirements for able-bodied adults with no children who receive food benefits through the Supplemental Nutrition Assistance Program.

U.S. Secretary of Agriculture Sonny Perdue said the final rule to move certain recipients of the federal food benefits into employment and toward self-sufficiency restores the system to what Congress intended: assistance through difficult times, not a way of life. 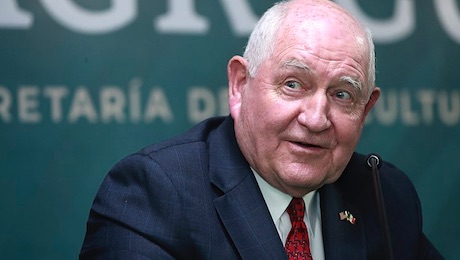 Sonny Perdue, secretary of the U.S. Department of Agriculture: “Government can be a powerful force for good, but government dependency has never been the American dream.”

“Americans are generous people who believe it is their responsibility to help their fellow citizens when they encounter a difficult stretch,” Perdue said in a statement. “Government can be a powerful force for good, but government dependency has never been the American dream. We need to encourage people by giving them a helping hand but not allowing it to become an indefinitely giving hand.

“Now, in the midst of the strongest economy in a generation, we need everyone who can work, to work,” Perdue added. “This rule lays the groundwork for the expectation that able-bodied Americans re-enter the workforce where there are currently more job openings than people to fill them.”

The change is anticipated to cut 3.1 million recipients from the program, the USDA says, and save taxpayers $2.5 billion a year.

The rule promotes work for able-bodied adults between the ages of 18 and 49 without dependents and does not apply to children and their parents, those over 50 years old, those with a disability, or pregnant women.

Even when working, those who qualify based on income will still receive SNAP benefits, the USDA states.

“Work requirements work,” Kristina Rasmussen, senior fellow at the Foundation for Government Accountability (FGA), told The Center Square. “The Trump administration understands this and is pursuing smart policy in an effort to move millions off the sidelines and back into the workforce.”

Rasmussen also said the rule could help thwart “any misguided lawsuits meant to derail the movement to reform welfare.”

Perdue points to statements made by former President Bill Clinton, who signed welfare reform into law in 1996, which implemented the current work requirements for able-bodied adults without dependents (ABAWDs).

“First and foremost, it should be about moving people from welfare to work,” Clinton said at the time. “It should impose time limits on welfare… It [work] gives structure, meaning and dignity to most of our lives.”

Critics of the move say it will prevent individuals who need help from receiving the benefit.

“President Trump’s proposed cuts to SNAP are the cruelty of a man who has never known hunger,” San Antonio Mayor and Democratic candidate for president Julian Castro tweeted. “No one should go hungry. Let’s protect and expand SNAP, make school lunch free, and make sure that everyone has the food they need.”

The USDA points to a booming economy with more jobs than workers to fill them and the lowest unemployment rate in more than 50 years, as the time being right to encourage every able-bodied adult to find employment.

The USDA argues that states “have a responsibility to assess individuals as work-capable and must renew their focus on helping SNAP participants to find a path to self-sufficiency.” There are many programs created by states to help residents find employment, as well as services provided by county governments and local service providers.

Democratic governors of several states, including Colorado, Michigan, North Carolina and Pennsylvania, sent a letter to the Trump administration earlier this year formally opposing the new rule, arguing children would no longer receive free lunches at school if the rule were implemented.

The FGA argues the Democrats’ “argument is an egregious misrepresentation.”

According to the USDA guidelines, households would need to fill out additional paperwork, and 97 percent of schoolchildren who qualify for free lunch would still do so.