Editor’s note: This commentary is by Rep. Andy Biggs, the U.S. representative for Arizona’s 5th congressional district. He serves on the House Judiciary Committee.

What would you do if you were prosecuted and the prosecutors never named the alleged crime? Or if they kept changing the rules by which they were prosecuting you?

How about if the prosecutorial team suggested you be arrested and held in solitary confinement before they even stated the charge? In fact, what if they repeatedly admitted that their attacks were motivated solely by the fact that they don’t like you? 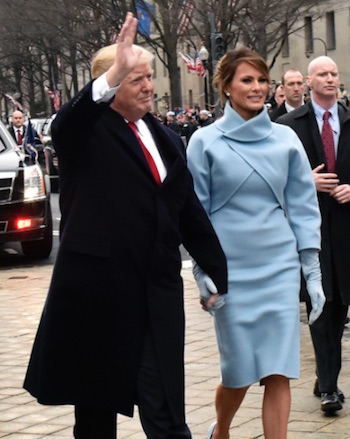 Democrats have spent the past three years chasing their dream of impeaching the president. First it was the Russian collusion narrative. Then it was the crazy obstruction of justice allegation based on the non-collusion fact. Then it was the July 25 telephone call with the Ukraine’s president.

The day after the 2016 presidential election, the Democrats began talking about impeachment. They haven’t let up since. The fact that they stated their intent to pursue impeachment before Trump was even in office reveals that they are motivated by hatred.

Democrats have spent the past three years chasing their dream of impeaching the president, which is an American nightmare of divisiveness. They stated no charge. They have flitted around like a moth drawn to the light.

First it was the Russian collusion narrative.  Democrats forced multiple investigations, which all failed and embarrassed them. They should have felt shame for the evaporation of this fairy tale, but we still hear Democrats say that there is actual proof that Trump colluded with the Russians to influence the 2016 election.

Then it was the crazy obstruction of justice allegation based on the non-collusion fact. They were cornered into arguing that the president must prove his innocence, not that the impeachment-mongers had to prove obstruction. Imagine asking a judge to overturn the U.S. Constitution like that.

Then it was the July 25 telephone call with the Ukraine’s president. This thing unraveled fast. Day One, they claimed Trump had threatened President Volodymyr Zelensky eight times. When that wasn’t true, as shown by the White House transcript of the call, Democrats and leftist media types went on a coordinated kick, claiming the president is a mob boss and his threat was implicit or not overtly stated after all.

When Zelenskyy and the Ukrainian foreign minister said there was no pressure, it wiped that narrative, too.

Next, Democrats all got on the same page by claiming there was a cover-up by the administration because the call between the two world leaders, which contained pointed criticism of other leaders, was classified.

Well, that approach was also met with derision because all of the documentation pertaining to that phone call was released with other documents. Hard to cover up something you were open and transparent about.

And that brings us to the leftists’ point person on the legislative harassment of the president: Rep. Adam Schiff. Unlike a real impeachment investigation or a court of law, Schiff inexcusably fabricated and publicly read a transcript of the call in question. Let’s make it as clear as possible: There wasn’t anything true in his statement.

Then Schiff followed up the whole thing with a secret hearing last week in which he tried to prevent the public from hearing the truth from the witness who was giving testimony to committee members.

Unlike a real impeachment inquiry, the president doesn’t get counsel, Republicans are precluded from calling witnesses, and no charges have been lodged by the pro-impeachment mob.

Again, imagine you were being attacked in this way. You probably would join the president and me in calling for a censure of the ringleader and demanding that he be removed from his position of leading this coup attempt.

You can’t carry on a case in court with these types of anomalies, so why should these opponents of the president be allowed to overturn the election of 2016?