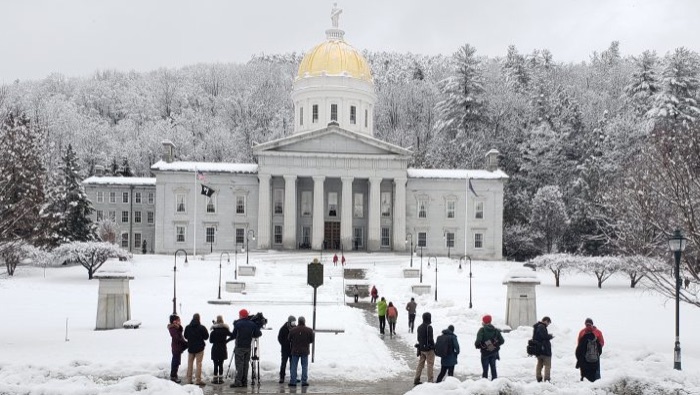 The FBI made the unprecedented claim last week that extremists were planning armed protests for all 50 statehouses ahead of the Jan. 20 inauguration. Here’s how that turned out in Vermont.

Vermont State troopers carrying semi-automatic firearms were joined by Capitol police and other law enforcement Sunday, Jan. 17 at the Vermont State House in Montpelier in anticipation of a rally of armed Trump supporters much-publicized by the FBI. 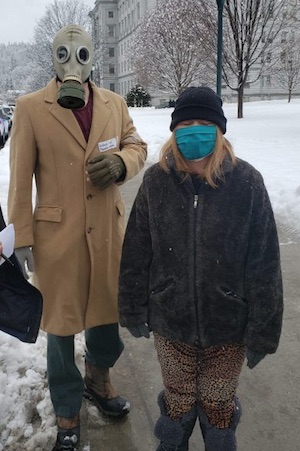 Plenty of press appeared, too. But the protesters were a no-show. No one knows why. Dissuaded by the weekend’s heavy snowfall? Discouraged by the heavy police presence and a united message of “we’re not going and you shouldn’t either” from Vermont Republicans and Second Amendment advocates? Anything’s possible. And maybe the rally was never seriously planned, anyway — just publicized by police “in an abundance of caution.”

A few quiet counter-protesters — including this fellow in the gas mask — remained on site to monitor, but most of the counter-protesters were outside the Montpelier police station and city hall, eating pancakes, drinking hot drinks, and staying out of the way of police at the State House.

11 thoughts on “The armed rally that never was”