Gov. Chris Sununu is pledging to veto a controversial proposal to create a “parental rights” law requiring schools to notify parents if their child questions their gender identity.

Earlier this week, House and Senate leaders took steps to advance the previously stalled legislation. Lawmakers are pushing to require the state Department of Education to develop policies to inform parents about developments with their child, including a questioning of gender identity, and allow them to file lawsuits against school districts that don’t comply with the requirements. 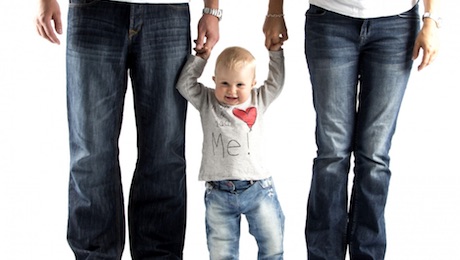 Lawmakers in New Hampshire are pushing to require the state Department of Education to develop policies to inform parents about developments with their child, including a questioning of gender identity, and allow them to file lawsuits against school districts that don’t comply with the requirements.

But Sununu, finishing his third term, issued a statement on Thursday siding with opponents of the plan, saying he has concerns with the proposed legislation and won’t sign it. Both chambers are majority Republican.

“This bill as written creates numerous challenges for kids,” the Republican governor said. “I share the concerns of the attorney general and as such, will veto the bill if it reaches my desk.”

The plan calls for enshrining in state law the “fundamental rights of a parent to direct the upbringing and education of his or her minor child” and would prohibit schools from “interfering” with those rights “without demonstrating that such action is reasonable and necessary to achieve a compelling state interest.”

That would include the “right to direct the upbringing and the moral or religious training” of their children, enroll them in public, private or religious schools at the state’s expense, and a “right to access and review all school records” related to their child.

The measure would require schools to notify parents “promptly” of any issues with their children related to truancy, dress code violations, sexual harassment, bullying, hazing, behavior management and intervention, substance use, suicide prevention, or a disability accommodation.

Parents would be allowed to file legal challenges against a school that doesn’t disclose the information to them in a timely manner.

But critics of the plan have blasted the provision requiring parents to be informed if their child talks about “gender expression or identity” to a teacher or school staff member.

A fiscal note attached to the bill said its costs are “indeterminable” but noted the changes would result in legal challenges for injunctive relief that would increase the state’s costs.