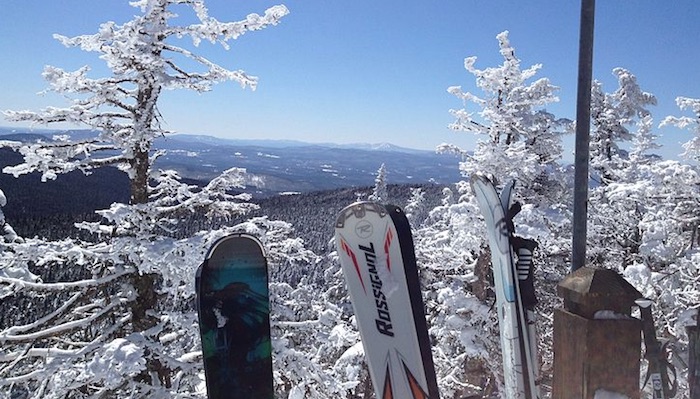 “Skiing and snowboarding means about $900 million in direct spending into the state’s economy,” according to Ms. Mahar. “Our industry is responsible for about $120 million in tax receipts for the state. There is about $700 million in indirect and induced spending in Vermont.”

There are nearly three weeks left until the shortest day of the year and the start of winter. You would never know it by looking outside. A white blanket is visible for as far as the eye can see, from the deepest valleys to our grandest alpine peaks. We are barely two weeks past Thanksgiving and yet it seems as if we are in the heart of February.

That is, believe it or not, a good thing.

The storms that we have experienced have been a boon to our winter sports industry, giving an added twist to the term “Green Mountains.”

I had the opportunity to speak with Molly Mahar, the president of Ski Vermont (aka the Vermont Ski Areas Association), and she could not be happier about the early start to our wonderland of winter.

“The ski areas are off to a great start. We’re skiing on more than twice the amount of open terrain than is typical for November,” Mahar said.

She said areas such as Mad River Glen have opened earlier than normal with the best opening day conditions in memory. Bolton Valley is open on weekends already. Apparently, the ski areas have been taking advantage of our non-seasonal weather to get a significant jump-start on grooming the mountains.

“Skiing and snowboarding means about $900 million in direct spending into the state’s economy,” according to Ms. Mahar. “Our industry is responsible for about $120 million in tax receipts for the state. There is about $700 million in indirect and induced spending in Vermont. About two-thirds of that is spent in the local communities.”

The industry is a significant employer. Collectively, there are approximately 12,000 directly employed by the resorts. Another 22,000 are working in restaurants, hotels, inns and retail operations as a direct result of the ski industry. The majority of  those jobs are obviously in the winter months. However, many of the resorts are becoming year-round destinations, and so jobs around the ski areas are becoming more permanent ones. All of that is good for the economy.

The ski and snowboard sector is a major component of our tourism industry. Just how important is tourism to our state?  Tourism is worth in excess of $2.6 billion to the state. In 2015, the most recent year for which the data is available, there were 13 million visits that resulted in 21 million overnight stays. When everything is factored in, tourism represents approximately 8 percent of the state’s gross domestic product.

Vermont’s reputation for the best skiing in the east is recognized around the world. We have large resorts and  smaller areas that combine to give an unparalleled experience for those seeking winter sports. So, while you are out there admiring the white covering, give some thought to how that powder is helping to drive the state’s economy. If you haven’t done so already, it’s time to slap on some skis, get out there and enjoy.

3 thoughts on “Moore: Storms have been a boon to our winter sports industry”