Fewer than three weeks after voters approved the measure, the Stockbridge selectboard received a petition that triggers another vote on decoupling from the Rochester Stockbridge Unified District (RSUD).

On March 2, Stockbridge voted 121 to 95 to decouple from RSUD after a petition early in 2021 put the measure on the town meeting day ballot.

On March 19, the selectboard received a separate petition calling for reconsideration on decoupling. This petition had 61 valid signatures, more than the five percent of registered voters needed to prompt a referendum.

Selectboard member Lee Ann Isaacson said that the town does not yet have a date in mind for the vote to reconsider decoupling. [Editor’s note: The Reconsideration vote regarding Decoupling the Rochester/Stockbridge Unified District (RSUD) is an article on the Australian Ballot for voting on May 18, 2021.] 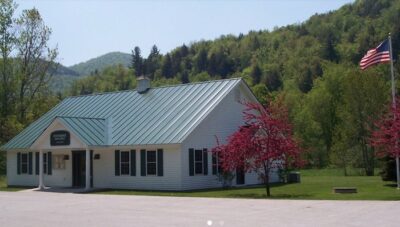 “That will definitely be on the agenda,” she said for the board’s meeting tonight. The vote would have to be properly warned and the town will likely hold an informational meeting on the issue beforehand, she added.

In February, White River Valley Supervisory Union Superintendent Jamie Kinnarney said that if Stockbridge voted to decouple, Rochester would then have to hold its own vote on the measure. If Rochester also voted for the decoupling, it would go to the State Board of Education for final approval.

Since Stockbridge is holding a “reconsideration vote,” however, Rochester has no concrete plans to hold its own vote, according to Rochester selectboard member Pat Harvey.

“We’re just an audience at this point, waiting for them,” Harvey said.

Despite 56% approval by Stockbridge voters on Town Meeting Day, the RSUD school board, the White River Valley Supervisory Union, and the Stockbridge Parent Teacher Organization have all come out against decoupling.

In a January 6 memo, Kinnarney outlined how Stockbridge tax rates would be lowest if the town stayed in the district, indicating they could rise by as much as 40% if Stockbridge decoupled and incurred excess spending penalties by keeping its current school staffing levels — though these estimates do not include grants available from the state, which could lessen the tax burden for at least the next 1-2 years, Kinnarney said.

“Every kid in Stockbridge and Rochester is receiving a very high level of education. And I can’t speak highly enough of that,” she said.

Image courtesy of town of Stockbridge

One thought on “Stockbridge will re-vote on school district decoupling”