The Selectboard of the Bennington County Town of Stamford voted Dec. 17 to affirm the constitutions of Vermont and the United States, in response to the governor’s restrictions on gathering for worship, work and socializing.

The vote follows the Dec. 3 decision by the Stamford Selectboard to defy Gov. Phil Scott’s Covid-19 emergency orders by not canceling a Dec. 4 public gathering: the traditional family-friendly lighting of the town Christmas tree. The Dec. 3 meeting featured an exchange between Selectboard member Dan Potvin and Rep. Laura Sibilia.

Potvin: “Laura, you took an oath to uphold the Constitution, I would imagine, and you guys are running over it along with the governor.” 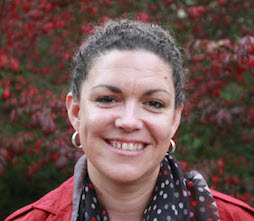 Sibilia: “Absolutely not, sir….If you believe that is the case, you need to go to the courts.”

Potvin: “I’m telling you! I’m telling you to tell your comrades when you’re up there that we’re not going to put up with it down here.”

After the tree lighting, some observers what if anything would happen next. They got their answer when, according to unapproved minutes of the Dec. 17 meeting, Town resident Brandon Field presented the Selectboard, meeting in person at the Town Office, with a petition signed by many townspeople asking the board to support and uphold the constitution of the state and federal government.

Town resident John Paul Potvin (son of selectman Dan Potvin) said he is worried about our government stepping on people’s rights and does not want any of our rights taken away. Resident Eleanor Derby Kilfoyle stated that the Gov. Phil Scott’s orders are only recommendations and that he is trying to protect and keep people safe. John Paul Potvin said the orders are hurting a lot of people and their livelihoods. Dan Potvin said the governor’s order to limit holiday gatherings is an infringement of our rights.

Eleanor Derby-Kilfoye suggested this should be brought before the voters at town meeting.

Dan Potvin disagreed. Denault said this petition is not meant to be a reflection of the townspeople’s views. He said the purpose of this petition is a request that the Selectboard, who took an oath to uphold the constitution when they were elected, re-affirm that oath that they will continue to support the federal and state constitutions.

Resident Pat Sullivan said people in town do support the constitution. Selectboard member Chris Warren said this proposal is projecting viewpoints that not every person holds. John Paul Potvin said this petition is not a reflection of the Selectboard; he is looking at the big picture and of our country, and wants to make a statement and safeguard our rights.

Selectboard member Nancy Bushika and Denault commended the young people for coming tonight, standing up for what they believe in, and hope they will stay involved.

The approved petition reads as follows:

We the People declare this town of Stamford to be a Constitutional Town of the United States of America and of the State of Vermont. We hereby ratify the Original Intent of both our state and federal constitutions, which serve to protect and preserve our God given rights. Neither the legislature nor any executive or judicial officer may disregard the provisions of our Constitution which our founding fathers fought to establish and generations of veterans shed blood to preserve. No kind of emergency, perceived threat, or suspect danger is reason to usurp our rights and liberties as citizens of this great nation. We hold these dear above all else, echoing the words of Thomas Jefferson, “When you abandon freedom to achieve security you lose both and deserve neither.” We choose to stand firm on God and our Constitution, in the face of any tyranny that may seek to rob us of our freedoms.

Who will govern the governors? There is only one force in the nation that can be depended upon to keep the government pure and the governors honest, and that is the people themselves. They alone, if well informed, are capable of preventing the corruption of power, and of restoring the nation to its rightful course if it should go astray. They alone are the safest depository of the ultimate powers of government. – Thomas Jefferson

Images courtesy of Wikimedia Commons and state of Vermont