Gregory Wrightstone, the author of “Inconvenient Facts: The Science That Al Gore Doesn’t Want You to Know,” made an appearance last week on The Morning Drive radio show with Marcus Certa and Kurt Wright.

Wrightstone is a geologist who has been studying the Earth’s atmosphere for more than three decades. Unlike the countless academics and activists who dominate the field of climate science, Wrightstone questions the so-called settled narrative that man-made carbon emissions are the primary driver of climate change.

During the broadcast, the geologist said carbon emissions from human activity impact our atmosphere, but not significantly. 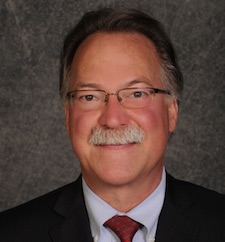 “CO2 is increasing — we’ve added about 130 parts per million into the atmosphere, and that increase is due mostly to our burning of fossil fuels,” Wrightstone said. “That increase in CO2, since it is a greenhouse gas, it has a warming effect on the atmosphere, it just does. I just believe that the warming effect is modest and overwhelmed by those same forces that have been driving temperature since the dawn of time.”

He said an important discussion that is often neglected is whether rising temperatures would have an overall positive or negative impact on ecosystems.

“That’s one thing that really doesn’t get talked about,” he said.

Wrightstone is a member of the CO2 Coalition, a group of atmospheric scientists who question the manmade global warming mainstream view. Wikipedia labels the group “climate change denial advocacy.” He said the geologists he works with tend to be the most open-minded researchers on climate science.

“We’re trained to look at the big picture, not just in decades, but thousands and really millions of years,” he said.

Wrightstone doesn’t agree with everyone who questions global warming, however.

For example, one caller asked if one volcano can produce more CO2 than all human activity in history. In reply, Wrightstone said CO2 from a volcano is about 1 percent of humans’ CO2 contribution. He said larger atmosphere-changing volcanoes exist, but they happen millions of years apart.

The scientist said electric cars are not an effective solution to climate change since the electric power is overwhelmingly sourced from coal. In addition, if consumers switch to electric vehicles in significant numbers, that will increase the demand for coal-fired electricity.

“What you are going to do … is put even more of the stress to provide more energy,” he said.

He criticized wind and solar power as well, claiming that the technologies are simply too weak to supply the energy use of the modern world.

“If you are a rational person and you look at the numbers, to replace our fossil fuel energy with wind and solar is just unachievable, unless we pave over most our nation with solar panels and put a wind turbine on every ridge top,” he said.

One of the listeners of the program called in, and asked Wrightstone, “Why are you a denier of science?” The caller said 97 percent of scientists agree that global warming caused by humans is a real threat.

Wrightstone said the listener was probably referring to a study by George Mason University research professor John Cook, which concluded that 97 percent of scientists agree on this. The geologist said that study is misleading.

“He [John Cook] cast a wide net to get this. I would be part of this 97 percent consensus that he considers to be in agreement with him because I agree that CO2 has a warming effect on the atmosphere,” Wrightstone said, adding that the study also shows that 1 percent of the 11,000 papers cited by Cook actually state that most of the current warming trend is human-caused.

When the hosts began discussing rising sea levels, Wrightstone said those levels have been changing long before modern industry, and that islands once predicted by the United Nations to disappear under water as early as 2010 are now sites of major economic development. He gave the example of the Maldive Islands in the Indian Ocean.

“There are three mega-resorts being built right now in the Maldives, right up against the shoreline.  These are tens of million-dollar facilities that are being built, financed, and insured by companies that take risk very seriously,” he said.