With Election Day coming Tuesday, Republican leaders are expressing strong confidence as polling data continues to indicate that the “red wave” is a real thing — and may be about to sweep away Democrats. 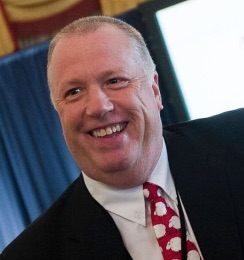 “The Republicans will win the House easily,” Vermont’s national GOP representative Jay Shepard said Thursday in an appearance on the “Morning Drive Radio Show. “We only needed six seats to flip the House. There were some odd things that happened a couple of years ago in the elections and we shouldn’t of lost the House then.”

He predicted that the GOP may pick up about 30 seats on Tuesday.

Even California Gov. Gavin Newsom recently stated that the red wave feels like it is coming. “There are four races [in California] that are competitive now that were not competitive five weeks ago. That indicates a shift in momentum,” Newsom said, CBS News reported.

‘Deploy Malloy’ in the spotlight

One story that continues to dominate headlines is the rise of political GOP Senate candidate Gerald Malloy. In September, a Trafalgar Group poll had Welch ahead of Malloy by less than seven points. However, a University of New Hampshire poll commissioned by WCAX News in early October put Welch a full 34 points ahead of Gerald Malloy, leading 62% to 28%.

Malloy’s opponents have criticized the Army veteran for his views on the Jan. 6, 2021, rally in Washington, D.C., in which hundreds of protesters — out of nearly a million rallygoers — breached the U.S. Capitol and vandalized congressional offices and other parts of the building.

Malloy has differentiated himself from Welch by embracing conservative principles on everything from climate change to the overturning of Roe v. Wade. In a recent appearance on “The Mel K Show,” he said the new culturally “woke” U.S. military is responsible for a drop in recruitment.

“This top-down influence/guidance to focus on things that aren’t related to readiness and winning in battle are impacting our military,” Malloy said, pointing to statistics that show Army recruits are down 20,000.

“I can tell you that I’ve met young people, I met a young man who just started up as a freshman, and I asked if he was going to consider going into the military. And he said, ‘No, I don’t think so with what the military is doing with different aspects of it right now.'”

The race for U.S. House

While Madden initially said the donations were legal, he’s since admitted that he may have misunderstood campaign finance rules.

1. Regarding the Farce of a Story about my so-called campaign finance violations, here's a letter I am sending to FEC for clarification to all concerned:
Dear FEC,
It has come to my attention that I may have misinterpreted FEC rules and violated them inadvertently. #VTPoli

Madden has expressed some conservative views — such as calling for armed protection for school children on school campuses and criticizing COVID-19 mitigation measures.

Madden won the GOP primary election in August, but has since been criticized by Republicans as being liberal on many issues. His campaign website lists his stances on various issues.