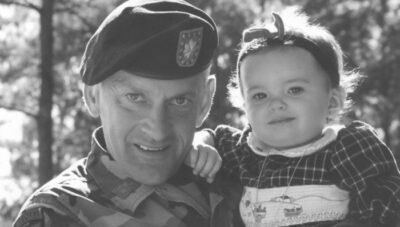 “I am honored to receive an endorsement from our Republican state legislators who understand that it is critical that Vermont sends a practical conservative to Washington,” said Gerald Malloy. “I hope that Republican Vermonters will be encouraged by the support of our local conservative leaders and will support me in the primary on August 9th.”

“I am proud to endorse Gerald Malloy for the United States Senate seat from Vermont,” said Representative Art Petersen. “Gerald is a highly qualified military veteran with proven leadership skills and vast experience dealing with complex issues around the globe. This combined with his conservative values makes Gerald the most qualified candidate for the U. S, Senate. He will work to get our nation back on track internationally and here at home.”

“I have had the pleasure of meeting Gerald, and have visited with him personally and have seen his integrity and desire to serve the state of Vermont,” said Representative Strong. :As a Gold Star Mother, I have a strong appreciation for all those who step up to serve our country in the military. Gerald has proudly served as a military leader and he knows what sacrifice and courage mean. Gerald also exemplifies our conservative values and will work hard to stand up for them and defend them. He has a lovely family and puts his faith and family first. In the choices we have in this upcoming election please consider the fine candidate that Gerald Malloy is as you cast your vote.”

Gerald Malloy graduated from West Point in 1984 with a commission as an active duty Field Artillery Officer and a Bachelor of Science degree with a concentration in Political Science. He also earned his MBA from Temple University, graduated from the Army Command and General Staff College, and earned a Graduate Certificate from Georgetown University. Serving the United States for 22 years on active duty in leadership positions, Malloy was stationed in countries such as Germany, Korea, Saudi Arabia, Iraq, Kuwait, Jordan, and Canada. Following his military career, he worked 5 years in Emergency Management and response, including over 20 Presidential Disaster Declarations, with US Government organizations including the Departments of Defense, Homeland Security, and Health and Human Services, as well as many State, Local, and Law Enforcement organizations.

Since 2011, he has been involved in business management and executive positions, supporting US Government organizations primarily in the Washington, DC area. Gerald Malloy lives in Perkinsville. He and his wife Stacey have 4 children, including 3 teenagers currently in Vermont schools. Please see https://www.deploymalloy.com for updates on his campaign for U.S. Senator for Vermont.