To encourage the publication of transparent and accurate government ﬁnancial information, TIA created a “Financial Transparency Score” for ﬁnancial reporting. It evaluates several factors ranging from whether a state used an independent auditor to examine its annual financial report to how accessible reports are online. 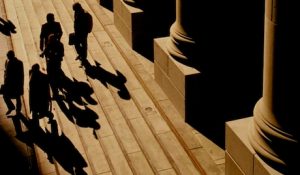 The Chicago-based organization was founded in 2002 to “compel governments to produce financial reports that are understandable, reliable, transparent and correct.”

No state earned a perfect score of 100. However, 19 states scored well on a curved grade, receiving As with scores between 80 and 85. Utah earned an 85, the highest score. Twenty-one states received Bs; three states received Cs; six received Ds. Connecticut received the lowest failing grade of 44, less than half of Utah’s grade.

The top 10 states with the most fiscal transparency, according to Truth in Accounting, are Utah, Washington, West Virginia, Virginia, South Dakota, Idaho, North Dakota, Alaska, Georgia and Indiana.

“While there is a great deal of focus on state governments’ budgets, the results of those budgets are found in a government’s comprehensive annual ﬁnancial report (CAFR),” TIA notes. The CAFR is produced annually and is audited by a certiﬁed public accountant.

To receive a score of 100, TIA suggests that governments follow a best practices guideline, which includes certain criteria for their CAFR. TIA states that CAFR must be easily accessible online, with useful links from the table of contents and bookmarks.

It must also be audited by and receive a clean opinion from an independent auditor who is not an employee of the government, meaning “the auditors found the ﬁnancial statements included in the annual report fairly and accurately present the government’s ﬁnancial condition.”

TIA’s analysis found that all 50 states produced CAFRs that are in a searchable PDF format; 46 states received a clean opinion.

Louisiana, Missouri and Nebraska received qualiﬁed opinions, meaning the auditors found the ﬁnancial statements were fairly presented, except for a few speciﬁed issues. New Mexico received a disclaimer of opinion, meaning “it in essence ﬂunked its audit.”

State governments should report all retirement liabilities on their balance sheets, including a net pension liability measured on the same date as the CAFR that is “not distorted by misleading and confusing deferred items,” TIA argues.

“Surprisingly, only 15 states used outside certiﬁed public accounting (CPA) ﬁrms to audit the state CAFR,” the report notes. “The other states used auditors who work for the state, which brings into question their ability to provide an independent opinion.”

5 thoughts on “Report: Vermont among worst states when it comes to fiscal transparency”