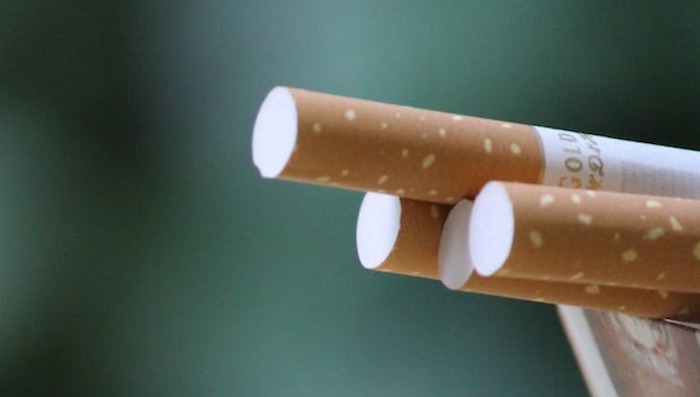 The report said the move by other Northeast states to raise cigarette taxes, and ban certain tobacco products have made cigarette smuggling both a national problem, and a lucrative criminal enterprise.

New Hampshire has the highest rate of illegal cigarette smuggling in the nation, according to a new report by a tax watchdog.

The report by the nonpartisan Tax Foundation ranked the Granite State as having the highest level of net outbound smuggling, at 52.4% of consumption, which is likely due to its relatively low tax rates and proximity to high-tax states in the region. The value of the outbound smuggling is estimated at nearly $68 million by the foundation.

The report said the move by other Northeast states to raise cigarette taxes, and ban certain tobacco products have made cigarette smuggling both a national problem, and a lucrative criminal enterprise.

“People respond to incentives,” said Adam Hoffer, the group’s director of excise tax policy. “As tax rates increase or products are banned from sale, consumers and producers search for ways around these penalties and restrictions.”

Hoffer said consumers often seek tobacco products in states where tax rates are lower and dealers “develop black and gray markets to sell illegally to consumers, paying little or no tax at all.”

The Granite State currently charges $1.78 in cigarette excise taxes per pack, compared to $3.51 in neighboring Massachusetts and $3.08 in Vermont.

Besides higher taxes, changes in policy in neighboring states have also contributed to the outflow of illegal tobacco products from New Hampshire. Massachusetts banned flavored cigarettes and vaping products in 2020, and sales of those products in New Hampshire and Rhode Island were 10% higher in the next year, according to the report.

The group’s latest report on tobacco smuggling comes as the Biden Administration and the Food and Drug Administration are weighing new rules that would mandate a reduction of nicotine levels in cigarettes, by as much as 95%.

The rules, set to go into effect in May, would amount to a “prohibition on cigarettes,” the report’s authors noted.

“Overnight, all sales of traditional cigarettes would be classified as black market activity. Smuggling would skyrocket,” they wrote. “Policymakers should consider the unintended consequences as they set rates and regulatory regimes for all tobacco and nicotine products.”