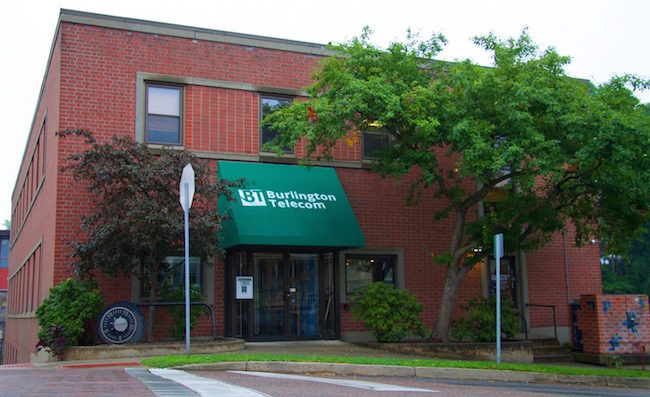 UN-SCHURZ ABOUT NEUTRALITY: Schurz Communications pledged to support net neutrality during the bidding process for Burlington Telecom, but it has also supported efforts to revise the policy nationally.

BURLINGTON — Doubts have emerged over whether the new purchaser of Burlington Telecom is as committed to net neutrality as the company had indicated during the bidding process.

In December, Indiana-based internet service provider Schurz Communications was one of 65 ISPs to sign a letter encouraging the Federal Communications Commission to repeal net neutrality.

“As representatives of smaller broadband companies serving rural and small-town America, and as fierce defenders of open internet protections for each and every one of our customers, we urge you to support Federal Communications Commission Chairman Ajit Pai’s proposal to free broadband services from the out-of-date 1930s-era regulation imposed on these essential services two years ago,” the letter reads.

Brian Lynch, senior vice president of broadband at Schurz, signed the letter. The action caught the eye of Burlington City Councilor Joan Shannon, D-South District, who questioned how the company could sign the letter and yet keep its pledge to the city to continue supporting net neutrality.

“What do you have to say about this? FCC Chair Ajit Pai proposes to repeal Net Neutrality regs and Schurz signs this letter of support. How does this support your pledge to #BTV that you will support #NetNeutrality?” she tweeted.

In a multi-tweet reply on Jan. 13, Todd Schurz wrote, “We have always respected our customers’ privacy, protect their information, and treat all sites the same (i.e. no fast lanes or slow lanes, no throttling). We will fulfill our commitments made to the City and to BT’s customers that are in the legal documents.”

Most importantly, we have always respected our customers' privacy, protect their information, and treat all sites the same (i.e. no fast lanes or slow lanes, no throttling). We will fulfill our commitments made to the City and to BT's customers that are in the legal documents.

Todd Schurz, president and CEO of the company that bears his name, told True North the letter’s intent was that ISPs should not be regulated in a manner reminiscent of last century.

“We think the Title I [information services] is a better regulatory framework than Title II [telephony oriented]. We also think a legislative solution is needed,” he wrote in a tweet to Shannon.

Schurz further noted that with the status quo, every new presidential administration could end up with a new 3-to-2 configuration of Democrats and Republicans at the FCC board, and subsequently reverse course. For this reason the company favors a legislative solution.

Shannon said she was not surprised that 65 internet service providers signed the letter.

“What’s concerning to Burlington citizens is net neutrality isn’t something that is necessarily in the corporate interest, but it is seen as something in the public interest,” she said. “So is it a big surprise to see a bunch of telecom operators arguing against net neutrality? No.”

Schurz said while 65 companies did sign that letter, the notion that the net neutrality repeal is some kind of hand-out to the corporations doesn’t hold true with the big players.

“These regulations that we are chatting about are only of entities that the FCC has the authority to regulate,” he said. “So Google, Apple, Microsoft, Facebook, all of those entities are not covered under this. And there is no regulatory framework for them.”

It has been reported that these companies Schurz is mentioning have been lobbying to maintain net neutrality.

Also of note, the letter was sent before the contract was signed with the city. Nonetheless, Shannon said she still has reservations.

“I think you have to look at what that letter said, and the letter wasn’t about specific things, it was really for the actions of the FCC,” she said. “That they are not in support of net neutrality, so I remain concerned.”

She said her concerns are, ultimately, about “the intentions and being true to your word.”

In addition to generally supporting the repeal of net neutrality, the letter makes the case that by getting ridding of Obama-era regulation, all broadband services will receive equal treatment and they will be able to build stronger infrastructure and better service to its customers.

“Since the Commission reclassified broadband as a public utility in 2015, investment has been heading in the wrong direction,” it read. “In 2016, capital expenditures from broadband providers was $76 billion, $2.4 billion less than in 2014, the year before the FCC adopted its current misguided rules.”

The letter also showers praise on Pai, stating that he is “paving the way for more consistent protections for consumers across the internet and a level playing field for all companies.”