By Katie Tubb | The Daily Signal

It’s that time of year again when Congress, feeling the pressure of budget negotiations and the year’s end, provokes the issue of expired or soon-to-expire energy tax credits.

Congress has on the table roughly a dozen renewable energy tax subsidies covering wind, solar, electric vehicles, biofuels, and others.

There’s a host of reasons why these energy subsidies should end, not least of which being Congress’ 2015 promise to phase out two “temporary” credits that have been around for decades—wind and solar. These two alone divert $23 billion and $12.5 billion, respectively, between 2018 and 2022, and will continue to burden taxpayers long after. 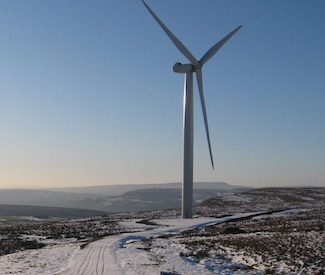 Wind and solar subsidies alone divert $23 billion and $12.5 billion, respectively, between 2018 and 2022, and will continue to burden taxpayers long after.

So what is a congressman to do when the lobbyist for electric cars or solar panels comes knocking on the door, or a colleague offers a tax credit or two as a bargaining chip?

Offer up a variety of other policies to help renewable companies compete without rigging tax policy or energy markets:

1. Demand parity. Some in the nuclear industry have argued that if solar and wind get a new round of tax credits as emissions-free power, so should they—it’s only fair. They have a point. But instead of piling more burdens onto taxpayers, Congress should make the system fair by cutting all energy subsidies. Congress already eliminated several tax credits for the oil and gas industries in 2017, and presumably put wind and solar credits on track to phase out (if it can keep that promise). Congress should finish the process.

2. End tariffs. The Trump administration imposed tariffs on solar panels, steel, and aluminum in 2018. Tariffs cause investment-draining uncertainty and limit the ability of American companies to shop for the most competitive products. For instance, tariffs have increased the price of steel, which drives up costs for energy infrastructure like wind turbines. And tariffs on solar panels have cost jobs and increased prices for projects in the U.S. The Constitution gives Congress the authority to regulate trade, though Congress has delegated away much of that power. Congress should push the administration to lift tariffs, and reform trade laws to prevent the misuse of trade tools for protectionist ends.

3. Improve access to capital. Immediate full expensing and master limited partnerships (MPL) are two measures that would simplify and improve the tax code rather than complexify it with temporary boutique carve-outs. Full expensing of capital costs should become a permanent part of the tax code made available to all energy companies, where it is currently limited and set to expire in 2022 under the Tax Cuts and Jobs Act. Master limited partnerships allow businesses to file taxes as individuals and yet have access to raise capital through stock markets. However, renewable energy companies are currently excluded from forming master limited partnerships.

4. Reduce regulatory burdens. Like all infrastructure projects, renewable energy companies must navigate complex, time-consuming, and expensive siting and permit regulations. The National Environmental Policy Act (NEPA) is routinely identified as a reason for costly delay and uncertainty. Permitting takes, on average, two years in Canada and Australia, in contrast with the U.S. where environmental review has evolved from assessments of a dozen pages to thousands of pages—taking an average of seven to 10 years to complete. Congress should repeal or overhaul the National Environmental Policy Act. Reforms already made for infrastructure projects should be extended to other activities, most notably decreasing the window for judicial review of federal approvals from six years to 150 days. Though objectors can play an important oversight role, 150 days is itself generous compared to the one month afforded in Germany.

5. Strengthen IP protections. Some of the biggest markets for energy technologies are overseas in developing countries, where electricity demand is growing voraciously. Intellectual property theft is a routine concern (for good reason) and has cost American energy companies billions of dollars. The U.S. government should doggedly pursue remedies through investigations, the courts, sanctions, and the World Trade Organization.

6. Increase access to customers. There are a variety of things federal and state governments can do to improve renewable energy companies’ access to customers without the distortions of tax credits. States should pursue competitive electricity markets, which allow companies to cater directly to customer needs and preferences, rather than barter backroom deals with regulators and state-sanctioned monopoly utilities to build renewable electricity generation. The Federal Energy Regulatory Commission should aggressively defend competition and, along with greater reforms from Congress, reduce distortions through the Public Utility Regulatory Policies Actthat both shut out and over price renewables. The Trump administration should work to open new markets for biofuels where tariffs and import quotas currently are imposed on American companies. It should also eliminate restrictive “Buy American” mandates that unnecessarily disqualify companies from bidding on government projects.

Tax credits and other such subsidies distort markets and grossly misinform renewable energy companies about actual customer demand. Congress should use the upcoming budget opportunity to continue its work to eliminate carve-outs and get to a fair and competitive tax environment for energy companies.