The origin of the left’s turn to socialism is a confused response to the rise of interest in Europe’s adaptation of softened Marxist ideology after the Second Great War. Former socialist leaders saw the failure of their party’s Marxist-Engels dogmatic character and adopted a philosophy of governing that included the most appealing elements of socialism camouflaged with a democratic banner to protect the new social order. This included state control of socio-economic support networks that provided social services under the regulatory direction and management of central a government.

“Capitalism as it exists today has not served everyone in our nation equally.”

If we look at Europe seven decades later, their experiment has failed. Democratic socialism proved it is just “socialism-light.” Capitalism exists under state control. It mediates wealth except for a coterie of leaders and is failing. The inability to control prices and labor costs to supply the needs of its social requirements bedevils new socialism in the same way. The one disparity is the rate socio-economic disintegration takes place by deteriorating freedom and wealth. Today’s socialists fail to mention the goals of re-branded socialism because it would expose what is behind their message. 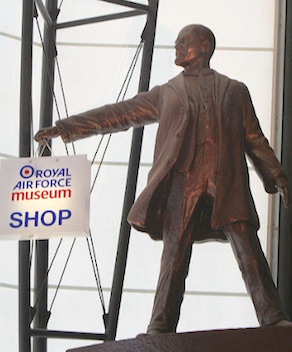 When socialists AOC and Bernie Sanders refer to countries like Sweden, Norway, and Denmark as benchmark socialist democracies, it shows how little they know about economics. This proves they have no knowledge of socialism and less about democratic-socialism. Those nations are welfare states subsidized by capitalist economies that depend on the many benefits of capitalism to fund their socio-economic programs that support them.

Socialism, if you call it democratic or republican, is the current method of governing in Venezuela, Cuba, and North Korea. These are synonymous with the failed governments of the Soviet block. Those regimes were brutal, impoverishing and inhumane. If today’s socialists knew their history and political science, they’d never want to be associated with those abusive tyrannical autocracies.

“If people knew the benefits of true socialism, they’d openly accept it.”

When socialists AOC and Bernie Sanders refer to countries like Sweden, Norway, and Denmark as benchmark socialist democracies, it shows how little they know about economics. This proves they have no knowledge of socialism and less about democratic-socialism. Those nations are welfare states subsidized by capitalist economies that depend on the many benefits of capitalism to fund their socio-economic programs that support them. Most importantly, they fail to conceptualize that these countries depend on America’s capitalistic engine to keep their economies moving forward.

The tactic used today by new socialists is to stand firm on their socialistic ideals and force political compromises to be made in their favor and win. Socialists express a belief in social justice. This is an empty term used by the left to attract support for re-branded socialism. Europe’s new socialists survived since the Second Great War doing this. But they have become victims of bringing capitalism to its knees. They are losing support due to their open immigration policies and welfare programs.

In Britain, Prime Minister Boris Johnson and his Conservative Party won a commanding majority in the British Parliament, a striking victory that redraws the lines in British politics. This paved the way for the country’s exit from the European Union early this year. The Conservatives won 365 seats in the House of Commons, versus 203 for the Labour Party. That gives the Conservatives a 75-seat majority, their largest since Margaret Thatcher captured The Crown’s heart and soul back in 1987.

For those on this side of the pond, the European Union consists of 26 nations. Over the years, Britain has been socially and economically hurt by EU’s policies of uncontrolled immigration and economic mismanagement by EU members. British voters have been moving back to the right for the last decade because of this and conservatives now control Parliament. Prime Minister Boris Johnson was elected on the promise he’d pull out of the EU and he did in January.

“The European Union attempts to confiscate national sovereignty in all issues of importance.”

During the global economic crisis of the 2000s, European countries struggled to support socialized medicine, uncontrolled immigration, and a myriad of other share-the-wealth programs. This started a major decline in socialist democratic thinking. The working middle-class drifted back to the center and to the right, just as they did in the U.S.’ last general election. Obama’s eight years of moving the country to the far left, and a promise to move it further with their hand-picked social-democratic Hillary Clinton, middle-class America had enough and elected free market capitalist Trump.

The ideological conflicts between socialism and democracy cannot be bridged. They are opposites. You cannot have both. That is why there is a rebellion against socialism in Europe. The theories of Marx and Engles led to a world war; yet after D-day, Europe re-adopted the principles of governing that led to the war in the first place. For socialism to work, somebody has to pay for it, and that’s why it never promises wealth or prosperity. It only promises equality and it delivers poverty, misery and servitude.

“No amount of political freedom will satisfy the hungry masses.”

While Europe is moving away from the failed principals of Marx and Engles, a generation with no memory of bomb-shelter drills or the smashing of the Berlin Wall and the grotesque reality of living under socialist rule is embracing socialism. The history of the Cold War and Communism has all but disappeared from their text books. Instead they are taught socialism is true liberalism. To them, socialism means free health care, free education and greater equality for everyone. And they are embracing a group of jaundiced socialist Democrats who promise to deliver all of this to them?

While Vladimir Lenin told us Socialists cannot achieve their goals without controlling education, Donald Trump retorted, “Socialism destroys nations and freedom unifies them.” It was once said history is the queen of all sciences, because one who knows their history has gained the ability to separate fact from fiction. Our public schools are teaching tolerance, political correctness, social and economic equality and that winning is not as important as playing fair and being nice. And this type of curriculum is producing a generation that believes the rule of law in utopian nirvana is socialism.

Europe has proven every form of socialism, no matter how it is packaged, fails. Socialists prey on the weak, uneducated and the lazy. They blame capitalism for their individual failures. They pitch that the doctrine and collective nature of socialism will rescue them and it won’t cost them a dime. Will we enter socialism’s endless cycle of failures? Or will we profit from Europe’s many disastrous attempts to try and marry the philosophies of socialism and free market capitalism?

“The majority of leftists can no longer suck mass movements out of thin air so they promise new social agendas and programs to try to defraud voters with the same failed message of socialism.”

4 thoughts on “Op-Ed: The paradox of socialism within a democracy”