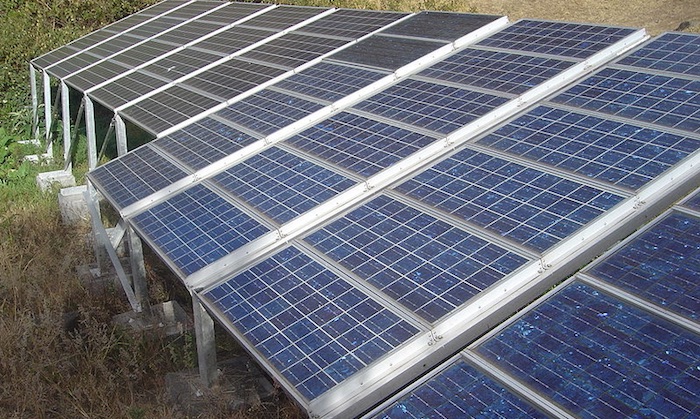 COST TOO MUCH: Solar and wind power have been heavily subsidized in Ontario, and the result is a new premier for the province whom voters elected to change course.

A common mantra among green-energy advocates is that alternative power prices are falling and economies thrive when a commitment is made to renewable energy. That mantra has suddenly gone silent for Vermont’s northern neighbors in Ontario.

According to a Fraser Institute report released in April, Ontario’s residential electricity costs have risen 71 percent between 2008 and 2016, more than double the 34 percent average increase for the rest of Canada.

Ontario accounts for over 90 percent of the country’s solar power. That trend could change under new leadership.

“Ontario has just elected, with a majority, Doug Ford, our new premier, who has enormous power. It is his mandate from the voters to clean up the energy mess here,” Sherri Lange, CEO of North American Platform Against Wind Power, told True North in an email.

Doug Ford is the current premier of Ontario. He took office June 29, 2018.

“The high cost of power has driven manufacturing jobs out and away and down by 300,000 in 15 years or less. Ontario, in short, should be a cautionary tale for Vermont and everywhere — a complete disaster,” Lange said.

According to Green Tech Media, Ford put the brakes on 758 clean energy contracts earlier this month, promising to save Ontario ratepayers $790 million.

In a letter to voters, Ford, who became premier on June 29, outlined his stance against further green energy investments.

“The Liberals’ disastrous energy policy, the Green Energy Act, and the lucrative subsidies given to ‘renewables’ — especially inefficient wind energy — have cost our province dearly,” he wrote. “Thanks to heavily-subsidized and over-priced wind power that we do not need, electricity rates have skyrocketed. People across our province are faced with the highest electricity prices in North America. This is killing our economy and crippling the hard-working people of rural Ontario.”

Ford also details how the construction of large turbines in places like Chatham Kent has interfered with the bedrock, resulting in a black sludge of shale particles in residential well water.

Well-water is only one concern. According to Vermonters for a Clean Environment, industrial-scale turbines have a handful of other negative environmental impacts, including sound and vibrations, which affect humans and wildlife. Large mountaintop turbines require heavy ridgeline destruction which can affect water runoff and local ecosystems.

Lange said to be economical, Ontario should pay no more than 6.5 cents per kilowatt hour.

“Hydro and gas provide these clear and safe rates, which to some may appear higher than normal already,” she said.

“Horrible idea all around. Solar was offered 80 cents — yes, you read that right — per kilowatt hour, and then that was reduced to 50 cents … still ridiculous,” Lange said.

She said these high costs drive away business, since a company spends about 30 percent of its operating costs on electric power.

According to Lange, the intermittent nature of renewables not only hurts Canadians, but the problem spills over into the United States in the form of excess electricity, which is sold at high rates to American utilities.

The slowdown for green energy investments for Ontario began before Ford was elected. According to Manan Parikh of GTM Research, the province’s 2.31 gigawatts of capacity in 2016 grew to just 2.44 gigawatts by mid-2018. Only 350 new megawatts are planned through 2019.

Grasshopper, a Canadian solar company which saw 30 projects halted under Ford’s cancelations, is taking a “wait and see” approach, according to Chris Jodhan, their general counsel.

This is not unlike prominent Vermont renewable developer All Earth Renewables, which told WCAX in March that the renewable industry is “being slowed down due to the rules and the present administration that wants to see that some things don’t happen.”

The trend of renewables not paying off is happening elsewhere in the world. In 2016, the Danish government put a halt to the construction of five wind farms because costs were overbearing.

“The private sector and households are paying far too much; Denmark’s renewable policy has turned out to be too expensive,” Denmark’s Climate Minister Lars Christian Lilleholt said.

In Vermont, major utility Green Mountain Power recently announced a 5 percent rate hike. A company spokesperson told the House Energy and Technology Committee that renewable energy is having “a tangible impact” on ratepayers.