The Vermont DMV is denying new reports by media that multiple states, including the Green Mountain State, are sharing data to help U.S. Immigration and Customs Enforcement catch illegal immigrants.

“Agents with the Federal Bureau of Investigation and Immigration and Customs Enforcement have turned state driver’s license databases into a facial-recognition gold mine, scanning through millions of Americans’ photos without their knowledge or consent, newly released documents show,”  the Washington Post’s Drew Harwell reported Sunday. 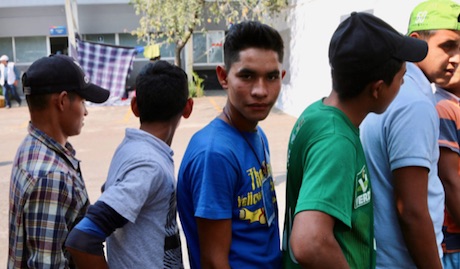 IMMIGRANTS: Vermont is not allowing the DMV to use facial recognition technology to catch illegal immigrants living in Vermont, but it was until 2017.

Harwell cites Vermont as one of the few states doing this data sharing.

“The records also underscore the conflicts between the laws of some states and the federal push to find and deport undocumented immigrants,” Harwell writes. “Though Utah, Vermont, and Washington allow undocumented immigrants to obtain full driver’s licenses or more-limited permits known as driving privilege cards, ICE agents have run facial-recognition searches on those DMV databases.”

Amy Tatko, the public outreach manager for the Vermont DMV, said that the media reports are inaccurate, and that Vermont stopped sharing photos and other data from applications since Gov. Phil Scott took office, starting in 2017.

“The use of facial recognition software at VT DMV was discontinued in May 2017 at the direction of current Governor Phil Scott as soon as it was brought to his attention,” Tatko said in a statement sent to True North. “The directive has stood since that time after a legal review requested by the Governor confirmed his concerns. The software has not been used and therefore no information has been shared since May of 2017.”

But a story published by VPR in January included comments from migrant rights proponents that challenged the state’s position. In the article, Vermont ACLU lawyer Lia Ernst claimed that cooperation between the DMV has continued.

“What DMV has been sharing are photos, all the application materials, even going so far as to advise when people are coming in for appointments so that ICE come in and detain them there,” she told VPR.

The report also states that Migrant Justice sued ICE, the Department of Homeland Security, and the Vermont DMV, over alleged cooperation in identifying and detaining migrant farmworkers, including activists who work for the organization.

In response to the new claims, as well as the January VPR story, Tatko reiterated that the DMV has not shared any inappropriate data with ICE since 2017. In an email she listed four points of clarification in an email Monday:

Also by phone, Tatko said that information is still accurate and “there has been no facial recognition software has been used since 2017.”

“Whatever comments you are seeing in other media reports, our position on this has not changed at all,” she said.

However, comments on social media show that many commenters believe cooperation between ICE and the DMV continues.

Excuse me @GovPhilScott, Why is @AOTVermont & @VTDMV allowing ICE to mine through its data with facial recognition software? Why are your appointees facilitating extrajudicial searches & seizures and violating the privacy rights of VT residents? #vtpoli https://t.co/a6qR8V4dM5

And this tweet highlights the New York Times story.

Meanwhile, Vermont continues to be a center of activism when it comes to welcoming and accommodating illegal immigrants. Numerous towns and cities have joined the “sanctuary city” movement that lets illegals remain in the community free from scrutiny by local police.

Elsewhere in the country, states are finding that illegal aliens are listed on voter rolls in significant numbers, which could impact upcoming elections. In Texas, Secretary of State David Whitley stated that up to 95,000 illegals were on the voter rolls.