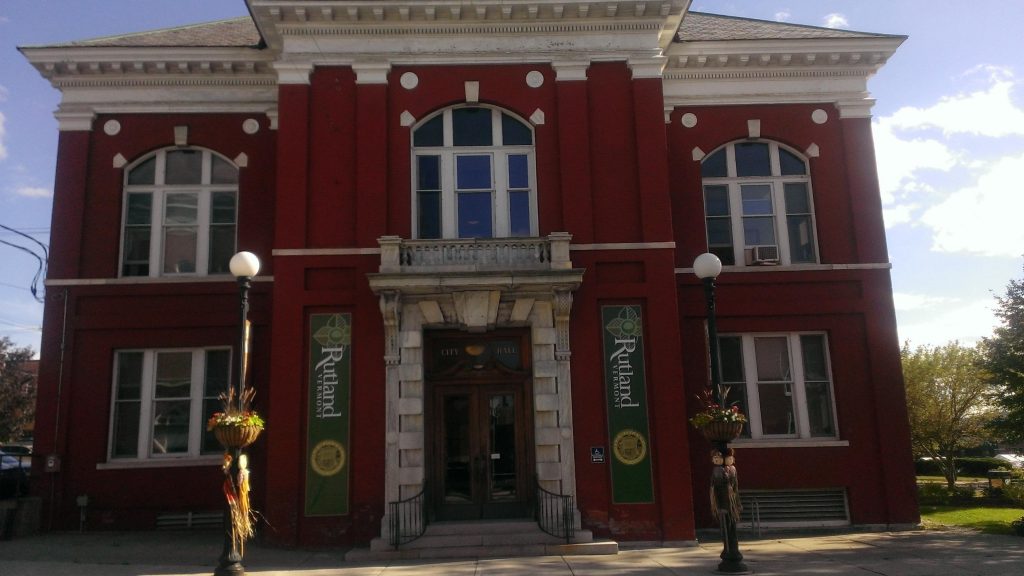 REFUGEES AGAIN?: The state’s Refugee Resettlement Program is at it again, applying for 100 more refugees after a similar request last year became a debacle when the prior mayor withheld information from the public.

RUTLAND, Vt. — Vermont’s Refugee Resettlement Program has requested 100 more Syrian and Iraqi refugees to be sent to Rutland, and so far local residents are quiet about whether they plan to oppose the move.

Earlier this year, the city expected 100 new refugees to come to town as part of a controversial plan arranged in secret by former Mayor Chris Louras and announced in April 2016. The resettlement stalled at 14 refugees after President Donald Trump this year issued executive orders banning travel from six Muslim-majority nations and suspending refugee resettlement for 120 days.

The Supreme Court allowed implementation of the restrictions but plans to hear arguments against the president’s orders in October.

“The travel ban as OK’d by the Supreme Court allowed for people to come in with family connections, but it did not acknowledge people who had a connection to a community through a relocation agency,” Board of Alderman Chair William Notte said about the need for a court decision.

Local critics of the resettlement plan agree the feds are calling the shots on what happens next.

“The problem we have is, it’s up to the Trump administration and what are they going to do about it,” said Dave Trapeni, a member of Rutland First, a group that opposed the first resettlement of refugees.

“We’re the only organized group that’s ever stopped a refugee resettlement in our area, out of the whole country,” he said. “We have organizations that call us and want to get the template for how we did it.”

Louras angered residents when he crafted the resettlement plan largely behind closed doors. The former mayor later said he lost his re-election over the matter.

Rutland First founder and Board of Alderman member Dr. Timothy Cook has long been on the front lines of this debate.

“I think the city has to think very long and hard about what we’re going to do about it, in terms of our budgetary concerns,” Cook said. “We have to find out if this is going to be revenue neutral or not, and if it’s not we’re going to have to figure out how we are going to pay for it.”

Residents hope the situation will be different this time around due to the election of Mayor David Allaire, who won by promising to bring transparency to the city.

“We were very active; we’re one of the reasons he’s in there,” Trapeni said.

Cook also commented on Allaire’s victory as a referendum on Louras and secrecy.

“David ran as an alternative to Louras, and our only problem with Louras was the secrecy issue,” Cook said. “If he had not been secretive about it for six months, I think the whole thing would have been less of an issue.”

He said he thinks Rutland First will likely stay quieter this time around.

“What’s gonna happen is gonna happen, and if we end up getting refugees we’ll do the best we can to support them, because that’s what Vermonters do.”

“I think things will be different this time because, to some degree, the reality on the ground is different,” he said. “We have a new mayor, and we’ve gone through the process and it’s been thoroughly examined. It has been made very clear to people here that, at essentially every level, this is a decision that’s made by the feds.”

He said the request comes from the national refugee resettlement agency and the decision is made at the State Department.

The 14 refugees now in Rutland comprise three families. Another seven families that were approved are still overseas, presumably at a refugee camp. Notte said he’s had the opportunity to meet some of the people.

“If you go to the type of events where parents who are raising young children go to, you’ll see them and you’ll see what they are like,” he said. “Quite frankly, they’re like us.”

Notte said he sympathizes with those concerned about the violence in Western Europe where millions of refugees have moved in, but he said it will be different here.

“You look at what happened over there and it was a situation where people poured through open borders,” he said. “The vetting process for people to come here is incredibly thorough, and I think people who gain information about the process and look at it without preconceived notions, their comfort level begins to grow.”

Notte said he’s certain the local economy can absorb 100 new refugees. He said there are a lot of openings for skilled laborers, but added that some English studies and remedial education will be necessary to get refugees up to speed.

Images courtesy of Wikimedia Commons/Public domain and city of Rutland