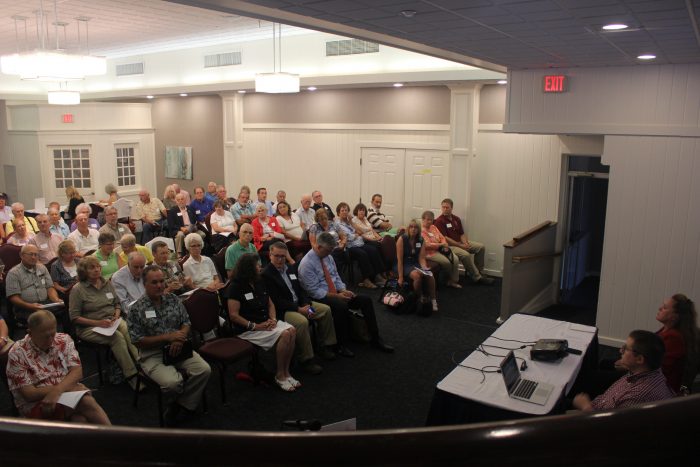 Vermont Republicans meet at the Capitol Plaza Hotel on Aug. 30 to pick nominees for state offices.

MONTPELIER — After Republican candidate H. Brooke Paige won six races in the August primary, only to later resign from five, the Vermont GOP’s nominating committee on Wednesday selected a slate of candidates to replace him.

The Vermont Republican State Committee met at the Capitol Plaza Hotel to decide who will run against such entrenched incumbents as Sen. Bernie Sanders, I-Vt., and Rep. Peter Welch, D-Vt.

The candidates chosen include Lawrence Zupan, a real estate broker from Manchester who was narrowly defeated by Paige in the primary. He received 56 votes Wednesday night, compared to 12 for challenger Dan Feliciano, of Essex. Zupan will now run against Sanders in November.

The only other contested election of the evening was for Vermont attorney general. For that seat, outgoing St. Johnsbury state Rep. Janssen Willhoit received 51 votes, beating out defense attorney Jasdeep Pannu, who got 17 votes. The result means Willhoit will run against incumbent T.J. Donovan in the general election. 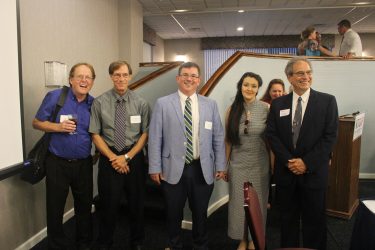 Paige for months said he was running as a placeholder to stop Democrats from writing in their own candidates.

“Understand that if I had not done what I did, all the statewide down-ticket — auditor of accounts, treasurer, secretary of state and attorney general — would have gone to Democratic write-in votes,” Paige said. “If you go and look at the data from the secretary of state, all of those candidates still got over 1,500 write-ins from the Democrats in the primaries.”

“If my name hadn’t been there easy to check off, we would have had four Democrats with an R after their name in the general election,” he said.

Of the five new GOP candidates for office, the one likely to get the most attention is Zupan, who mounted an organized campaign to run against Sanders.

“I approach this with great enthusiasm to restore the truth about the fundamentals of what made America the greatest country in the history of the world and what is making that again — and it isn’t socialism, and the world needs to know that,” he said.

Zupan added that economic value comes from “the free exercise of liberty based individuals who work for a living, produce businesses, hire people and generate new goods and services.”

Willhoit, addressing the room before his nomination, called for transparency in government and reforms to the criminal justice system.

“If you give me this honor and dignity to go represent our party, I will take this task and opportunity to work this race as you will be proud of,” he said. “For the next 60 days, I pledge my commitment to you to be a good honorable candidate and to be your next attorney general.”

After her nomination, Tynio told True North that she is running to boost the economy and protect constitutional rights.

“Economy, agriculture, constitutional rights and specifically the Second Amendment — that’s what motivated me originally to run,” she said. “Obviously there are a lot more issues that the state and the country face, but those are the motivating factors for me to begin this campaign.”

She added that youth are fleeing the state for better work opportunities and to avoid high taxes, and she would work to fix these issues.

Paige, who will attempt to unseat incumbent Democrat Secretary of State Jim Condos, said election integrity was an important topic to address.

“My biggest problem is that he (Condos) is not an advocate for voter IDs,” he said. “His take is, ‘Oh god forbid one person wouldn’t get to vote that’s allowed to vote, we’re not worried that 20 or 50 or 500 people are voting who shouldn’t be.'”

He claimed that as much as “20 percent of the citizens in this state believe there is voter fraud,” yet the topic is routinely dismissed by the secretary of state.

The woman in charge of the evening, Vermont Republican Party Chair Deb Billado, said she was happy with the results.

“I think it turned out fantastic,” she said. “I think there’s a high spirit as result of the process here, and I think we ended up with five fantastic candidates. I think it was a good moment for the party.”