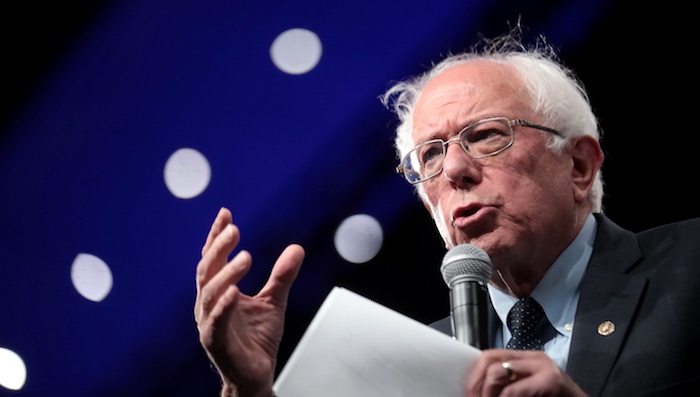 FOREIGN INFLUENCE?: It’s unclear if the Sanders campaign is aware that foreign nationals are using its campaign infrastructure to call American voters on its behalf, or whether it condones the foreign support it has received in light of Russia’s efforts to interfere with the 2016 elections.

Foreign nationals, under the direction of Vermont Sen. Bernie Sanders’s presidential campaign, have sent thousands of texts and phone calls urging American voters to support the democratic socialist in the Democratic primaries.

Since October 2019, a particularly devoted contingent of about 40 Australian volunteers have sent thousands of messages a day to American voters through a phone banking system operated by the Sanders campaign, according to a report by the Australian Broadcasting Corporation.

“I kinda feel like what happens in America is essential to the rest of the world,” an Australian volunteer identified as Rob who has volunteered a couple of hours a day to mass-text American voters for the Sanders campaign told the ABC. “Their politics has such a big impact on our politics here.”

It’s perfectly legal for foreign nationals to volunteer for political campaigns as long as they’re not compensated for their services, according to the Federal Election Commission (FEC), and there’s no indication that Sanders has violated any rules by accepting volunteer services from foreign nationals during his 2020 presidential bid.

However, the FEC levied a $14,500 fine on Sanders’s 2016 presidential campaign in 2018 for accepting illegal in-kind foreign contributions from the Australian Labor Party.

A Facebook group with over 4,200 followers called Australians Supporting Bernie Sanders published a guide in January instructing prospective foreign volunteers on how to phone bank for Sanders from outside the U.S.

The guide directs volunteers to go to Sanders’s campaign website to watch a short training video and then register with the campaign to make calls to American voters. All that’s needed to receive login credentials and make calls on behalf of the Sanders campaign is a name, email and phone number.

The Sanders campaign also hosts a 12,000-member group chat channel on Slack that contains messages from self-identified foreign nationals from around the world discussing their experiences phone banking for the democratic socialist.

“Ready to do foreign campaign interference from Austria,” one user posted in the Slack channel Wednesday morning.

Some foreign volunteers have questioned on the channel whether it’s appropriate to conceal their nationality when calling American voters for the Sanders campaign.

“Quick question, since i’m not a US citizen (I’m Indonesian) – when someone ask me why I support Bernie, should I disclose the fact that as an Indonesian, issues about climate change really affect me, and I believe Bernie is the only candidate with the right outlook on this issue, and the only one I can trust to be the climate candidate,” one user posted to the channel Tuesday. “Or should I just say all that without telling them my nationality?”

“I don’t think there is one right answer about whether to disclose whether we are foreigners or not,” another user who identified as a Norwegian responded. “I think you should do it makes you feel like you can make a more authentic and stronger case for Bernie.”

It’s unclear if the Sanders campaign is aware that foreign nationals are using its campaign infrastructure to call American voters on its behalf, or whether it condones the foreign support it has received in light of Russia’s efforts to interfere with the 2016 elections. The Sanders campaign did not return a request for comment.