School districts searching for a racial justice flag alternative to the controversial BLM flag might want to consider the banner of the Booker T. Washington Society (BTWS), an Essex Junction mom told her local school board in a letter yesterday.

The Essex–Westford School District Board announced that the BLM flag will be flown beneath the American flag beginning August 6. 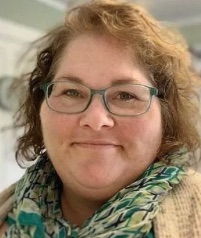 Heather Sheppard is an on-air personality for the Light Radio and mother of four girls. According to her letter, she was raised as an orphan on an Indian reservation in Oklahoma and has many Black friends in her former hometown of troubled Ferguson, Missouri. She said BLM is counterproductive to racial justice and progress because it fails to address chronic problems of gang violence, fatherlessness, poor schools, and economic opportunity — and in some ways actually makes these problems worse. As an alternative, she suggests the lesser-known BTWS, which has an educational focus and a local Essex Junction chapter.

Sheppard’s views may have been influenced by her July 2 interview with civil rights leader Dr. Alveda King, niece of Martin Luther King Jr.. Dr. King told Sheppard, “The answer to violence is not more violence. We have to have peace so that we can discuss and solve these problems. All of this tearing down statues and desecrating parks and tearing up real estate…..is not necessary. We don’t want to tear up our nation and our community with rioting.”

Here’s an excerpt from Sheppard’s letter, printed in full on Vermont Daily:

In my experience, Black Americans need access to better education. Yet BLM says little about this. There’s no BLM group marching for charter schools.

Barack Obama has said black people need stronger families, and especially present fathers, to stop the slaughter of teenage gang members by each other. Yet BLM (according to one national charter) would “disrupt the Western-prescribed nuclear family structure.” That doesn’t sound promising for our endangered young men.

Black people need a thriving small business culture. Yet BLM rioters have unapologetically destroyed the entrepreneurial dreams of many of those they claim to be ‘helping.’

Not surprisingly, Sheppard has already been targeted by a Facebook campaign urging critics to call her employer and complain. She said her employer supports her expression of her civic and free speech rights.

Liberty and Justice for All mural

Erika Redic, Republican candidate for a Chittenden Senate seat, and 23 other candidates for statewide office associated with the John Klar for Governor campaign have collectively refiled an application to paint “Liberty and Justice for All” on Main Street in Montpelier over the Labor Day holiday.

“This is to acknowledge and celebrate the social and economic benefits the labor movement had on the lives of American workers,” the application submitted on behalf of the candidates by Redic — a white woman who is married to a black man — said. The application adds that “the Black Lives Matter slogan has been the fulcrum of much misunderstanding — there is no clear organizational structure for this entity, and no clear policy statement to accompany the slogan.”

A similar application by Klar was rejected July 8 by the Montpelier City Council. Klar announced Tuesday he will hold a press conference 11 a.m. Thursday, Aug. 6 on the Vermont State House lawn to announce a fourth round of statewide candidates associated with his campaign.

Most Vermonters believe their own communities don’t have a problem with racism, according to a VPR/VPT poll taken this July. According to a VPR news story on the poll, “59% said that racism is either a big problem or somewhat of a problem in Vermont, while 40% said it was a small problem or no problem at all. Yet 81% of respondents said their communities were welcoming of racial and ethnic diversity, with 9% labeling their communities as “unwelcoming.”

The poll also found that Gov. Scott, BLM and police all are viewed favorably.

At his press conference Tuesday, Gov. Phil Scott says the coronavirus infection of more than 80 prisoners held in Missisippi should re-stimulate discussion about building a new prison in Vermont. His proposal last year got no traction in the Legislature, but this latest problem with out-sourcing inmates out-of-state should indicate that Vermont needs instate solutions, he said.

Some traditions you can still count on, like the Vermont Legislature staying busy even when officially adjourned. Tomorrow at 3 p.m. the Vermont Senate Caucus will hear from Education Secretary Dan French about school re-opening.

No decisions will be made at this caucus but you can bet some interesting questions will be asked: Will schools have enough teachers and staff? How many days of the “hybrid” school week will students spend at home? Will the Legislature agree to rejigger the per-pupil education funding formula because so many parents will home school (700 more applications than usual, at last count)? Or will the influx of children of out-of-staters who have fled the riot-torn, transmission-prone “red” urban counties of the Northeast make up for the Home School Diaspora?

This past school year, Vermont public school enrollment was about 75,000. Remarkably, Vermont education officials won’t know until October how many students are enrolled in public schools, French said at Gov. Scott’s press conference Tuesday. Scott added that enrollment is “volatile” due to the pandemic. “I’d say there’s going to be less than the 75,000 we normally have,” the governor said.

Also, The House Committees on Judiciary and Government Operations will be holding three virtual Public Hearings on Police Reform. The two hour meetings will take place on Aug. 6 at 1 p.m., Aug. 12 at 6 pm and Aug. 16 at 4 p.m.

Use the following link to sign up to testify. The meetings will be Live Streamed here.

According to Forbes Magazine, Chinese-mailed seeds of up to 14 different species — including rosemary, sage, and hibiscus — have been showing up in U.S. mailboxes for almost two months. Theories range from ecoterrorism to “brushing,” the unsolicited distribution of products employed to make sales and production figures look better than they are. Vermont ag officials urge recipients to not plant the unknown seeds.

Gov. Scott said Tuesday he is waiting for Agricultural Secretary Anson Tebbetts to provide more information about the nature and purpose of the seeds. He said he has heard that it is part of a “brushing” marketing strategy, but has not reached out to Chinese officials yet.