By John-Michael Seibler and Rob Gordon | The Daily Signal

Does private property have to be “habitable” by a species in order for bureaucrats to claim it is that species’ “critical habitat”?

In an extreme example of government run amok, a group of environmentalists and federal bureaucrats says “no.”

In 2012, U.S. Fish and Wildlife Service officials told landowners and businesses in Louisiana that they may have to abandon productive development projects so that someday, maybe, the dusky gopher frog can live on their property — where the frogs have not been seen for 50 years and cannot survive without major changes to make the purported “critical habitat” inhabitable. 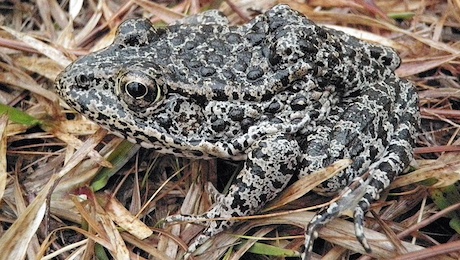 The Supreme Court has agreed to hear a resulting lawsuit on appeal from the 5th U.S. Circuit Court of Appeals, Weyerhaeuser Company v. U.S. Fish and Wildlife Service.

Weyerhaeuser is a forest products company that has been around for more than 100 years. The company, which owns and leases different parts of 1,544 acres in Louisiana, challenged the conclusion of government scientists that private property is the “essential” and “critical habitat” of dusky gopher frogs, even though those frogs currently can be found only in a select number of ponds in Mississippi.

The U.S. Fish and Wildlife Service also claims that its decision to designate the land as “critical habitat” despite major economic consequences is unreviewable.

But there is a basic problem with that assessment: According to the government, in its present state, “without ‘prescribed burning’ and creating a ‘forested habitat (preferably longleaf pine),’ among other measures, [the property] is ‘unsuitable as habitat for dusky gopher frogs.’”

Under the Endangered Species Act, once a species is identified as endangered or threatened, Fish and Wildlife with some possible exceptions is supposed to designate areas of its habitat as “critical habitat.”

That includes specific areas with physical features that make it “essential to the conservation” of the species, whether the area is occupied by that species or not, “that may need special management or protection.”

If an economic-impact analysis reveals that excluding certain areas from a “critical habitat” designation will have more benefits than inclusion would, then exclusion is an option unless it would result in extinction of the species.

Fish and Wildlife is supposed to determine what habitat is “essential” and weigh the economic impact of a “critical habitat” designation on an ad hoc basis.

But just like The Beatles, they get by with a little help from their friends.

In 2001, an environmental advocacy group called the Center for Biological Diversity sued the Fish and Wildlife Service to force it to list the dusky gopher frog as an endangered species. In 2012, as a result of this and other, similar lawsuits filed by the Center, Fish and Wildlife designated the Louisiana property as the frog’s critical habitat.

Also in 2012, the Justice Department informed the House Natural Resources Committee that “over $2 million in taxpayer dollars have been paid out to the Center for Biological Diversity and their attorneys for cases open between 2009-2012” alone.

According to the committee, the Center for Biological Diversity had previously underreported how much money it received from Uncle Sam in exchange for suing him (even though the government did not put up much of a fight), “conveniently failing to include the majority of funds that were paid directly to their hired lawyers.”

The Center has made a successful business out of endangered-species litigation, enjoying an astonishingly high settlement rate.

Weyerhaeuser, meanwhile, uses the land at issue for timber harvesting. But after Hurricane Katrina made its elevation above sea level a desirable site for businesses and homes, they and other property owners invested significant time and money obtaining approvals and zoning changes for development projects.

The company’s brief before the Supreme Court explains the “staggering ‘regulatory burdens and corresponding economic costs’ imposed on landowners when [Fish and Wildlife] designates private land as ‘critical habitat.’” Upon designation, they argue, the land’s value “‘immediately’ plummeted” given that Fish and Wildlife could halt some or all future development there, costing up to $34 million “in lost development opportunities.”

This of course creates the horrible, unintended consequence of a huge conservation disincentive. Anyone who owns property that could possibly be construed as “critical habitat” for an endangered species might suffer severe economic penalties.

From the beginning of this case, the challengers have argued that this property is uninhabitable by dusky gopher frogs and not essential to their conservation.

They also argue that Fish and Wildlife should have excluded this property from the “critical habitat” designation because the costs would be enormous, while the benefits to the gopher frogs are nil.

Property rights advocates, business associations, and a group of 18 states filed amicus curiae (“friend of the court”) briefs encouraging the Supreme Court to review this case, which it has now agreed to do.

Possibly the most compelling amicus brief, however, came from the local government authority of St. Tammany Parish. It highlights concerns about federal overreach while explaining its costs at the local level, stating:

The designation effectively removes the property from commerce and adversely affects the Parish’s development by its residents and businesses, resulting in a reduced tax base hindering local government from meeting the needs of its growing population, which has been the primary refuge of thousands of people who fled their homes from the onslaught of Hurricane Katrina.

He argued that this case is an “‘extreme example’ of officials enforcing the Endangered Species Act ‘contrary to its terms, without regard for other social values, such as housing, jobs, food, and production, or when the burdensome cost of species protections fall unfairly on a few landowners that should be shared by society as a whole.’”

The Center for Biological Diversity insists, however, that those concerns “are overblown,” and both the district court and a majority of the three-judge panel of the 5th Circuit Court of Appeals ruled in favor of Center and the Fish and Wildlife.

If allowed to stand, this case not only leaves property rights in jeopardy, it creates an incentive to make sure property could not possibly be construed as potential habitat for an endangered species now or in the future.

Fortunately, at the circuit court, Judge Priscilla Owen wrote a dissenting opinion. She argued that the majority’s incorrect holding “would give the Service unfettered discretion to designate land as ‘critical habitat’ so long as scientists agree that uninhabitable land can be transformed into habitat.”

This, Jones wrote, “signals a huge potential expansion of the Service’s power effectively to regulate [private] or state-owned land.”

Instead of simply deferring to the agency, Jones argued, the court should have handled this case as a matter of statutory interpretation.

Specifically, the court should consider whether the Endangered Species Act authorizes the designation of private property as “unoccupied critical habitat” based on the notion that it could be so dramatically altered that an endangered species might be able to occupy it in the future.

As Hopper argued, “if the government could regulate uninhabitable areas as ‘critical habitat,’ the agency could regulate any area in the country, without limit.”

So, for the sake of property rights and endangered species everywhere, the Supreme Court should answer with a resounding “no.”