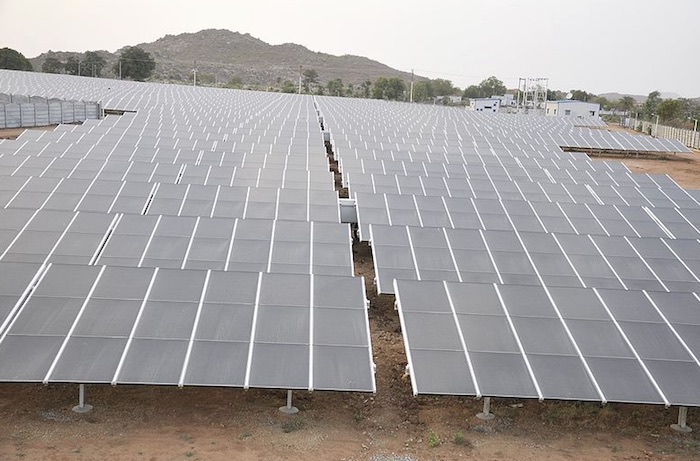 Northeast Vermont is capable of producing 450 MW, a large portion of which is from renewables. Demand for electricity in that part of northeast Vermont is only 35 MW, which means that 92% of generating capacity needs to be moved south at a high cost, or not produced at all.

For decades, Vermont has been digging itself into a renewable energy hole. We have thrown away opportunities to provide inexpensive energy through natural gas and nuclear options, while adopting an “invest first, ask questions later” approach toward solar and wind energy. At long last, Vermont is showing signs of cutting off subsidies to renewable energy companies.

In January, Vermont’s Public Utility Commission bureaucracy denied Derby GLC Solar’s application to build a 500-kW solar net metering system because doing so would “jeopardize the reliable operation of the electrical grid” and would be against “the public good of the state.”

Now, solar developers are becoming anxious about future projects after it has become clear that utility companies in northeast Vermont do not have the capacity to handle more electricity from solar generated power. Northeast Vermont is capable of producing 450 MW, a large portion of which is from renewables. Demand for electricity in that part of northeast Vermont is only 35 MW, which means that 92% of generating capacity needs to be moved south at a high cost, or not produced at all.

A good deal of this capacity can be traced to wind energy, where wind developers in northeast Vermont are being penalized for producing too much electricity during certain times of the day. Such penalties cost the Vermont Electric Cooperative $653,000 in 2017.

This has done little to dissuade solar developers that they have the right to force even more solar energy on Vermonters. Nils Behn of Aegis Solar insists that public utilities, funded by Vermont ratepayers, should finance electric grid upgrades allowing companies like his to expand. He believes that “utilities (are) not properly planning for the modern grid.”

The lack of a “modern grid” is hardly the fault of our public utilities. A Department of Public Service report noted that Vermont’s grid was built to send centralized power out to homes and businesses.

Heedless of this fact, our government has authorized thousands of net metering generators. This is a sharp contrast to the few dozen large generators our electric grid was designed to support. At long last, Vermont’s Department of Public Service has begun telling solar developers like Aegis that they need to pay for the needed electric grid upgrades themselves if they want to continue building solar farms. While this stance is not the line in the sand that such companies need to see, it is better than giving them everything they want.

For too long, renewable companies have convinced Vermont regulators and legislators to saddle ratepayers with the the inherent risk of renewables, while they reap the benefits. After years of high electric bills, little progress reducing Vermont’s carbon emissions, and check after check being whisked away into the bank accounts of solar companies, the rejection of solar projects could be a sign that Vermont is ready to stop gambling with ratepayer money.

Last year, EAI reported on the potential for rolling blackouts during severe weather due to our dependency on solar and wind. While Vermont has done little to make this situation better, it would say a great deal if we can stop making it worse.