The Iowa Democratic Party released 62 percent of the results from Monday night’s caucuses some 20 hours after voting began during a 4 p.m. CST news conference Tuesday in Des Moines. The results have seen such a massive delay due to the failure of a smartphone app the party was using to accumulate information from nearly 1,700 precincts.

At the time of the Tuesday announcement, former South Bend, Ind., Mayor Pete Buttigieg had a slight lead in the percentage of the possible 41 state convention delegates to be awarded, while Vermont Sen. Bernie Sanders had an equally slim lead in the popular vote.

The Iowa Democratic Party said the voting information is accurate, but problems arose due to the smartphone app being used reporting partial information. 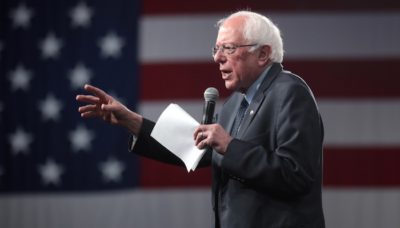 In the most recent polling, Sanders led the field in both Iowa and New Hampshire.

“We have determined this was due to a coding issue in the reporting system,” IDP Chairman Tony Price said in a statement. “The application’s reporting issue did not impact the ability of precinct chairs to report data accurately.”

In a letter to the campaigns, Price noted, “We have every indication that our systems were secure and there was not a cyber security intrusion.”

It was reported earlier in the day that the Department of Homeland Security offered to test the app but that the IDP declined.

The app was developed by a company led by three former members of Hillary Clinton’s 2016 presidential campaign.

Buttigieg at this point has 26.9 percent of the delegates, while Sanders has 25.1 percent. Massachusetts Sen. Elizabeth Warren is at 18.3 percent and former Vice President Joe Biden has 15.6 percent. Minnesota Sen. Amy Klobuchar is the final candidate in double figures at 12.6 percent.

Price was asked several times during the press conference when 100 percent of the results would be known but he refused to answer.

Businessmen Andrew Yang and Tom Steyer trail far behind, with just 1.1 percent and 0.3 percent in the delegate count. Yang received 1,124 votes and Steyer 222. Hawaii Congresswoman Tulsi Gabbard and former New York City Mayor Michael Bloomberg, neither of whom campaigned in Iowa, registered zero in both categories.

Late Monday, several candidates spoke to their supporters, giving what sounded like victory speeches, before flying to New Hampshire. The Granite State will hold the nation’s first primary on Feb. 11. Nevada will caucus on Feb. 22 and South Carolina’s primary is Feb. 29.

Iowa had already come under fire as the first state to vote and its influence on national politics due to its lack of diversity. Many are now questioning if this is the last time the caucus method will be used.

The Des Moines Register reported that in at least three precincts, a coin toss was used to determine a winner after candidates ended up with the same number of supporters. In another precinct, the winner was determined by drawing names out of a hat after a three-way tie. The tie-breakers were needed to determine which candidate would get the most county convention delegates from those precincts.

On the Republican side, President Donald Trump won his party’s Iowa caucuses with more than 97 percent support.

As opposed to exit polling that media outlets traditionally do at primary voting sites, CNN Monday night conducted what it called “entrance polling” by talking to caucusgoers as they arrived at precincts. Democratic voters ranked health care first on their list of concerns at 40 percent, and nearly 60 percent said they favored eliminating private health insurance as a solution in favor of a government-run program.

In the most recent polling, Sanders led the field in both Iowa and New Hampshire. A CNN/Des Moines Register poll that was supposed to be released Saturday night was pulled after one or more candidates’ names were left off the list on some phone calls to likely Democratic voters. A CNN investigation found that at least one caller enlarged their computer screen, cutting off some names at the bottom as they read through the list of candidates and asked respondents about who they supported.