MANCHESTER, Vt. — Independent schools may be the answer to economic prosperity in Vermont as a recent study found that Burr and Burton Academy provides over $15 million in support to Bennington County annually. 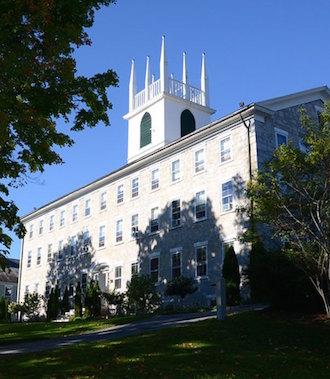 Burr and Burton Academy, an independent school located in Manchester, Vt., is an economic powerhouse for the area.

According to the study, BBA provides $8.5 million in direct wages to 175 employees, or about 5 percent of all wages and workers in Manchester. These earnings are funneled back into the town’s economy through employees and students who shop locally, benefitting hundreds of local businesses.

This economic activity produces a “multiplier effect” that leads to an additional 282 jobs in the county and employee compensation of $15.6 million. All combined, BBA generates about $1.2 million in revenues for the state of Vermont.

Woolf, a former state economist for Vermont Gov. Madeleine Kunin during the 1980s, said organization size matters when it comes to boosting a local economy.

“One reason is the size, and any institution with the number of employees that [Burr and Burton Academy] has is going to generate a lot of money,” Woolf said.

BBA board of trustees Chairman Seth Bongartz said it was no secret that the school contributed a lot to the town’s economy, but administrators wanted to put statistics behind it.

“We didn’t know the number, but we knew we were contributing a lot,” he said. Bongartz said BBA strives to provide a world-class education to its students but also takes pride in the economic support it provides to the county.

“Independent schools have an important role to play, both in terms of the Vermont economy, helping demographic trends, and supporting the areas in which they are located,” Bongartz said.

The study found that homebuyers are willing to pay an increase of up to 5.9 percent for a home in a school choice town like Manchester, and 83 percent of parents whose children attend BBA said that school choice was a major factor in deciding where to settle down and raise their kids.

BBA also generates $2.4 million in “export” earnings that come in from outside of the county, such as from students who attend the school from other areas of the state.

“That’s probably the most important because that brings in money that probably wouldn’t be there otherwise,” Woolf said. “It also helps make it a better school because it has to work hard to attract students that have choices to go elsewhere.”

Bongartz said because of the world class education that BBA provides, more families are moving into town and bringing their business with them.

“We’re part of the solution of being an economic engine for the county,” he said.