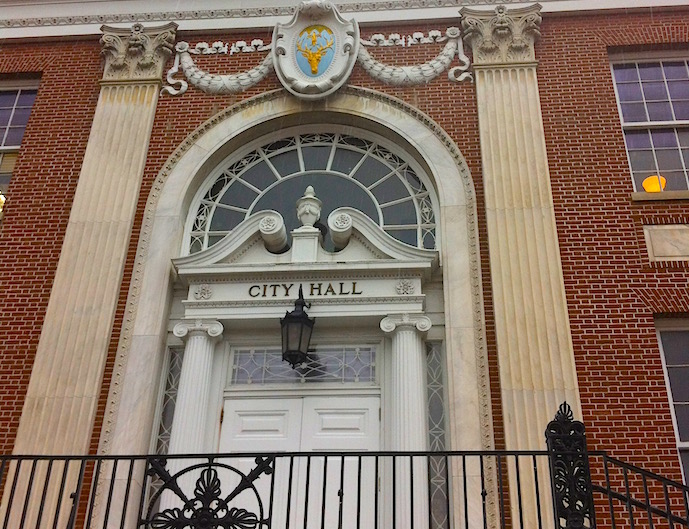 RIGHT AT THE CENTER OF THE CITY: The most recent and fatal of the shootings in Burlington this year was close enough to City Hall that one of its security cameras caught the incident and helped lead to the arrest of two suspects.

On Thursday, Burlington’s mayor and police chief spoke out about one of the more concerning gun crimes of the year — an apparent targeted killing near City Hall Park that may have involved drug traffickers from out of state.

The shooting, which occurred on Sunday, Sept. 4, marked the city’s 23rd gun crime of the year. A disturbing trend that follows the defunding of the department in 2020.

Even the mayor, a liberal Democrat, noted the trend in violence.

“Throughout 2022 we’ve been experiencing as a community a much higher number of gunfire incidents than we have historically,” Mayor Miro Weinberger said. “Ending this spike in gun violence is the city’s highest priority.”

He pledged that he and Acting Police Chief Jon Murad are resolved to do everything in their powers to reverse the situation.

“If you commit a gun crime in Burlington, we will do everything we can to hold you accountable,” Weinberger said.

The department now has two suspects in custody following the recent shooting. This marks the third consecutive week in a row that the city’s department has made arrests related to shootings.

Murad shared more about these latest arrests. He said his detectives did “extraordinary work” to track down the out-of-state visitors.

“They are right up there with any detectives you can imagine in the country, in so far as being able to handle a case,” he said of his officers.

Murad praised local, state, and federal agencies for their collaboration on the case. He thanked the ATF, the DEA, Homeland Security Investigations, the Vermont State Police, the South Burlington Police Department, and even the Department of Motor Vehicles.

According to Murad, the offenders are out of state residents. In one case the suspect had eight felony convictions in New Jersey before this incident in Burlington.

The victim was Bryan C. Rogers II, 32, of Philadelphia. His attacker approached him from behind without warning and shot close range in an apparent targeted killing. The suspect was seen by witnesses and caught on nearby security cameras on the City Hall Building. The suspected shooter was one of the two arrests made this week.

Murad shared how detectives were able to build their case against the suspect.

“Detectives were able to look at his progress through that part of the downtown all the way up until the moment of the murder, and then also to assess his flight with associates in a vehicle,” he said.

The challenging part was that police did not start with a lot of information about the suspect.

“Our suspect was new to us, this was not akin to many of the other gun violence incidents that we have dealt with over the past two-and-a-half years,” Murad said. “Most of those sprang out of immediate altercations.”

He added while he’s proud of his officers’ work, it comes on top of an “unprecedented” workload that officers have taken up since their staffing was largely depleted beginning in 2020.

The chief added that he “strongly suspects” that both the perpetrator and victim were involved in illicit drug trafficking activity, and that they are “not people who are long-term residents of Burlington.”

“These are relatively new arrivals and I do believe that that is a factor certain in their presence in the city,” Murad said.

Images courtesy of Wikimedia Commons/Beyond My Ken and Bruce Parker