This commentary is by Bill Huff, of Thetford, a former certified financial planner and former employee of two major airlines that went bankrupt and terminated pension plans.

Another legislative session is about to close and for thousands of Vermont Pension Plan Participants, little has changed. The unions gave up more contract provisions to maintain the promised benefit, millions of dollars have been thrown at the problem accounts amounting to another band aid on a hemorrhaging artery, and the problem has once again been punted down the road for someone else to fix. Stakeholders, including plan participants, taxpayers, and the administration, all deserve better. 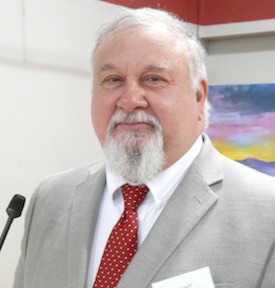 Samantha LeFebvre, a freshman legislator from the town of Orange, presented a plan to the House Government Ops Committee that would solve the Pension Plan problem once and for all but was summarily dismissed by more senior fellow committee members, the Governor’s office, and the Vermont Treasurer’s Office, assuming they took the time to read it at all. Because I had a large hand in authoring the proposal, I want to explain for all, two key provisions that are being overlooked by those involved but are necessary to successfully solve this crisis.

First, a Defined Benefit Plan freeze must be implemented. This means, no more plan participants will be admitted into the plan. The DB does not immediately go away and will remain a benefit for participants and a liability for the State until such time the plan no longer exists. Because new participants are frozen from the plan, it will cease to exist when the last plan participant and their beneficiary dies, decades from now. Every state, municipal employee, or teacher that wants to stay a DB Plan participant will have the option to do so. Every union member covered by the plan now, can continue to be covered by the DB Plan through the remainder of employment and through retirement. Either a soft or hard freeze could be negotiated and either would fulfill the State’s obligation to plan participants but eventually free the State from endless liability. Make no mistake however, until the plan ceases to exist, the State would remain on the hook for the plan and its unfunded liability. It is the second key provision of this plan that will have the greatest impact and actually reduce the unfunded liability.

Concurrent with the DB Plan freeze, a Defined Contribution Plan would be offered to not only new hires, but also to existing DB Plan participants. This is where most proposals stop and I think to a very large extent was where the Scott Administration’s proposal also stopped. The Governor had proposed a risk sharing scheme but that also falls short of correcting serious plan flaws and puts the funding burden more on the participants shoulders. Did anybody seriously think the unions would agree to that?

My most important plan provision, the mechanism to reduce unfunded liability, is this: All Plan Participants would be given the option to exchange the “present value” of their DB into a new DC Plan account. Why would anybody do this and most importantly, what effect would it have?

There currently exists, in a very small branch of Vermont government, a choice of participating in the DB Plan or a DC Plan when initially hired. Approximately 30% have opted for the DC Plan for several reasons that are explained in a moment. It is the exchange of “present value” DB assets however, for a one-time lump sum contribution to the DC plan that will lower the unfunded liability and what needs to be understood by everybody involved. Let me explain.

The DC Plan has advantages such as; investment choice with you in control of where your money is invested. Risk tolerance is up to you. Your retirement benefit will be defined by you, the money you put in, and the money your investments earn, not by a contract with the State. This is a great time to mention that the overwhelming majority of DB plan participants are working their entire careers for a retirement benefit that is only 50% of their average final compensation! The DB plan guarantee is that you will probably retire and struggle forever financially if you are relying solely on the State Pension Plan. Lastly, the money you contribute to a DC plan, its earnings, and the money from a matching State contribution, (after vesting requirements are met), would be yours to do with as you wish. Annuitize it yourself, buy a commercial annuity, or cash part of it out, it’s your choice. Most importantly, assets that exist beyond the life of the participant and their named beneficiary, typically a spouse, can help create a family financial legacy for years to come. The DB benefit expires with the lives of the participant and their beneficiary and cannot be passed on to heirs.

Representative Lefebvre did everything she could to get stakeholders and legislators to listen and understand P.M.P.K. (Promises Made, Promises Kept). Because it was formally presented in Committee, it is a matter of public record and can be viewed in its entirety on the legislative website.

It is too late for this session, but hopefully explaining the two key tenants of this proposal will resonate with key stakeholders and legislative candidates so that a serious problem for the State and Plan Participants can eventually be put permanently behind us.