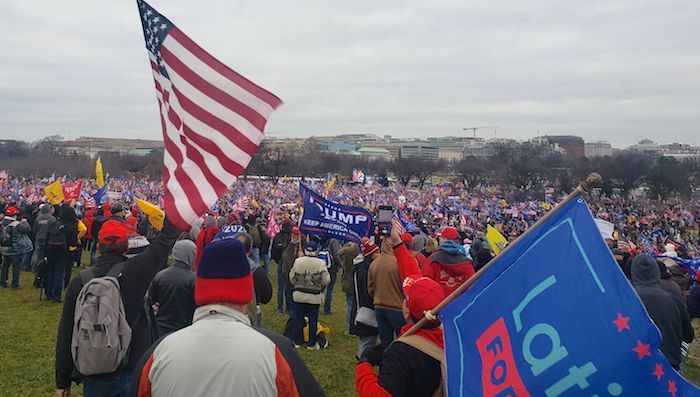 NO ARMED PROTEST PLANNED FOR VERMONT: Despite nationwide media buzz triggered by an FBI memo claiming armed protests are planned for state capitals across the U.S., local police authorities in Vermont say they know of no plan for an armed gathering in Montpelier.

The FBI has caused nationwide alarm that armed protests are planned for 50 statehouses leading up to the inauguration of Joe Biden, but law enforcement officials in Vermont say they know of no specific threat or plans for armed protests in Montpelier.

“Right now we don’t have any information of direct threats to the State House or the Capitol complex,” Montpelier Police Chief Brian Peete told True North in a phone interview Tuesday.

He said the buildup in security, along with numerous public warnings, are precautions. 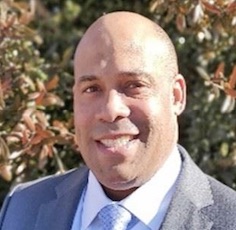 “It’s an abundance of caution and related to information law enforcement has at this time,” Peete said.

When asked if that information would be made available to the public, he said he could not comment. He added that in addition to seeking the safety of the public for the upcoming inauguration, local law enforcement members aim to “observe people’s rights for assembly and speech.”

In comments to TNR, Washington County Sheriff W. Samuel Hill said Wednesday that he, too, lacked information about any planned armed protest.

“Here in Vermont, unlike in some other areas, we have no specific threats, other than there’s going to be a protest and maybe a counter-protest at the Capitol on the 17th,” he said. “We really have no ideas of the numbers. The numbers from the protest last week in front of the Statehouse [were] approximately 45 to 50 people.”

However, three days earlier, Twitter claimed knowledge of planned protests at state capitol buildings. In a Jan. 8 announcement explaining Twitter’s decision to ban the President of the United States from the social media platform, the company claimed “plans for future armed protests have already begun proliferating on and off-Twitter, including a proposed secondary attack on the US Capitol and state capitol buildings on January 17, 2021.” 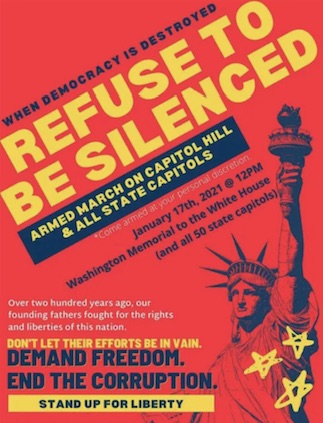 A red flyer circulating across social media announces such a nationwide “armed march” event, but no specific group is mentioned as the organizer.

Hill said while there’s no specific plans within Vermont for armed protest, it’s important to be prepared.

“We’re just preparing based on the national reports, just to be on the safe side at this point,” he said.

“We’re always trying to make sure that everybody gets to voice their First Amendment right with nobody getting hurt or without any problems,” he said.

Despite claims that the vandals who stormed the U.S. Capitol on Jan.6 were only Trump supporters, recent reports about individuals who breached the Capitol Building have discovered known Antifa members disguised as Trump supporters, a Black Lives Matter activist from Utah, a horned activist who participates in climate change strikes and marches, and a 34-year-old son of a Brooklyn Supreme Court judge, who, the New York Daily News reported, is “a registered Democrat, according to public records.”

Democrat leaders of the U.S. House seized upon the Capitol riots to successfully impeach the president on Wednesday. However, they gained the support of only 10 Republican House members.

Leaders of the Vermont GOP, including party chair Deb Billado, are facing pressure from fellow Republicans to jump on the impeachment bandwagon.

The president repeatedly has urged peaceful demonstrations and gave no instruction for anyone to enter inside the U.S. Capitol.

Images courtesy of city of Montpelier and Steve Bellows