At least three-quarters of the businesses taking government employment incentive money to stay in Vermont would not have left the state regardless, a study by Vermont Auditor Doug Hoffer concludes.

Furthermore, prosperous, well-employed Chittenden County derives more employment benefit from these programs than the rest of the state combined.

In other words, enticing businesses with public money to come to Vermont or not leave just doesn’t work most of the time, Hoffer says. Either the money isn’t the determining factor — it’s a nice “if you’re offering, I’m taking” benefit — or the company takes the money and moves anyway. 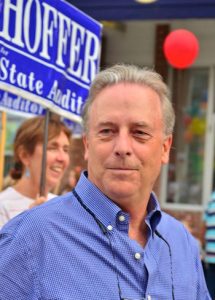 Hoffer cites national expert Timothy Bartik’s conclusion about paying companies to come, go, or stay as desired by the state: “Typical incentives probably tip somewhere between 2 percent and 25 percent of incented firms toward making a decision favoring the location providing the incentive. In other words, for at least 75 percent of incented firms, the firm would have made a similar location / expansion / retention decision without the incentive.”

The counter-argument against Hoffer’s criticism of the Vermont Employment Growth Intitiative (VEGI) is that the $51 million shelled out over the years has helped businesses that otherwise would have left Vermont or never come — resulting in drastic losses of revenue. But the 2-25% effectiveness of incentive funding shows that’s just not so, Hoffer claims.

The cost of VEGI and a related program over the last 22 years is approaching $91 million — not including the cost of administration, which Hoffer says is “not insignificant.” Average grant amount: $852,000.

The study also reports the geographic bias in job creation. In 2020, more than half are in Chittenden County. “To some extent, this is not surprising. But it calls into question the extent to which this program is a useful tool in the effort to address the urban — rural disparity in Vermont’s community and economic development,” Hoffer says.

There are no active or complete applications in five of Vermont’s 14 counties, including Addison, Bennington, Essex, Grand Isle and Rutland. Instead, 22 VEGI awards are (and have been) concentrated in the fastest growing parts of the state, Hoffer said.

Hoffer also points to an economic development official’s worst embarassment: a company taking millions and then laying off scores of employees. That’s exactly what happened in November 2019, when a California company, Marvell, accepted $5.3 million to build its workforce at the Global Foundries site in Essex Junction — and one day later laid off 78 Vermont workers.

According to Hoffer, the leadership at VEGI overseer Vermont Economic Progress Council was asked to respond to the substance of the report. VEPC sent a brief letter alleging “misrepresentations” and questioning the point of the report, but did not specifically rebut anything in the report.

Images courtesy of Flickr/401kcalculator.org and Hoffer for Auditor

11 thoughts on “Auditor: State-funded ‘job incentives’ go to Chittenden County businesses that would not have left Vermont”