For hundreds of young African-Americans who gathered in the nation’s capital for a few days in the fall to learn about leadership, visiting the White House to be encouraged by President Donald Trump definitely was a high point.

The surging economy under Trump, participant R.C. Maxwell said, “should be the single most important issue for the black community.”

In his remarks in the East Room, Trump at various points called the boisterous and enthusiastic crowd “leaders,” “special people,” and an “ambitious group.”

“One day one of you is going to be standing … right here,” the president said, maybe even several. “I have no doubt.”

Many in the audience sported one of Trump’s signature red “Make America Great Again” caps during this segment of Turning Point USA’s 2018 Young Black Leadership Summit.

When Trump asked who wanted to be president of the United States, a sea of cheers and raised hands with smart phones responded.

The next day, less than 2 miles away at the Liaison Hotel on Capitol Hill, The Daily Signal had the opportunity to ask some of the summit attendees about their thoughts on the president’s remarks.

Charlie Kirk, founder and executive director of Turning Point USA, said he wholeheartedly agreed with Trump that this was an ambitious bunch.

“The amount of students that wanted to come and run for office or be president was amazing,” Kirk said in a sit-down interview. “We need a nation of dreamers again. Because when you’re dreaming, then you’re not being a victim and … you’re going to be a victor.”

During his speech, Trump touted statistics from his tenure so far, particularly those showing the lowest unemployment levels for blacks, black women, and black youth since the government began keeping track.

The president speculated that many of those present had been attacked in the past for expressing conservative beliefs.

“The worst tendency in our politics is to tell people what they should believe based on their race, or religion, or color or creed,” Trump said.

‘Nature of the Beast’

James Boone, 32, of Bowie, Maryland, told The Daily Signal that he found the president’s characterization to be accurate.

Trump also told his audience of young black Americans that they “are demanding a better kind of politics,” where they wouldn’t be attacked for standing up for what they believe in.

More than 400 young people from age 15 to 35 attended the summit. Turning Point USA, a conservative education organization that targets millennials, provided lodging and some meals at no expense to attendees.

Maxwell, 30, of Los Angeles, worked as a staffer at the summit. He told The Daily Signal that he agrees with the president’s characterization of the political climate for black Americans.

“I’ve been assaulted before at rallies just for speaking out against illegal immigration,” Maxwell said Saturday, adding that he was wearing a Trump hat at the time.

He was punched, pushed, and pepper-sprayed, Maxwell said.

“I think if I were a white Trump supporter, it would not have been so vitriolic,” he said. 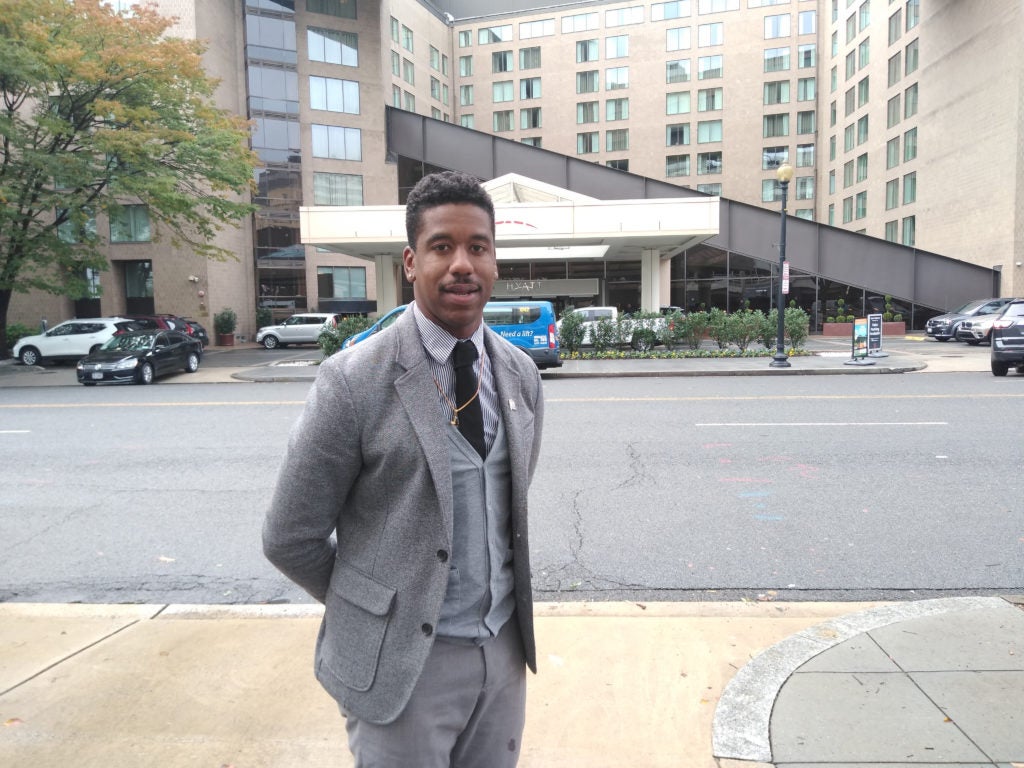 “I think if I were a white Trump supporter, it would not have been so vitriolic,” R.C. Maxwell, 30, says of being assaulted at a rally. (Photos: Troy Worden)

“It  was so amazing,” Kirk said. “I had students coming up to me [who] said they had never been on a plane before. That they never had the experience of even coming to D.C., let alone the White House.”

“The No. 1 prerequisite was leadership,” not necessarily financial need, Kirk emphasized.

All applicants were required to write a 500-word essay telling their story–where they came from,  who they were, why they wanted to attend, and how the event would make them a better leader.

Turning Point USA received three times as many applicants as could attend. The “ideological predisposition” of applicants was not taken into account, Kirk said.

In his remarks, the president acknowledged the presence of Kirk and of Candace Owens, Turning Point USA’s communications director, as well as Housing and Urban Development Secretary Ben Carson and his son-in-law and adviser, Jared Kushner. (Carson and Owens also were among summit speakers.)

Individuals in the crowd at various times chanted “USA! USA!” and shouted “Fake news” or “Lock her up.”

Trump also boasted that his approval among African-Americans nearly doubled after rapper Kanye West’s much-publicized (and ridiculed) meeting with the president in the Oval Office.

Audumn Jackson, 23, of Virginia Beach, Virginia, told The Daily Signal that she comes from a multiracial family and works as a nanny. She said she believes the hostility toward conservatism in the black community is the result of a liberal bias in education.

She learned about the historical relationship between the Ku Klux Klan and the Democratic Party only within the past year, Jackson said, and not in the public school system.

“How are you going to change your country if you can’t learn about the necessities?” Jackson asked. 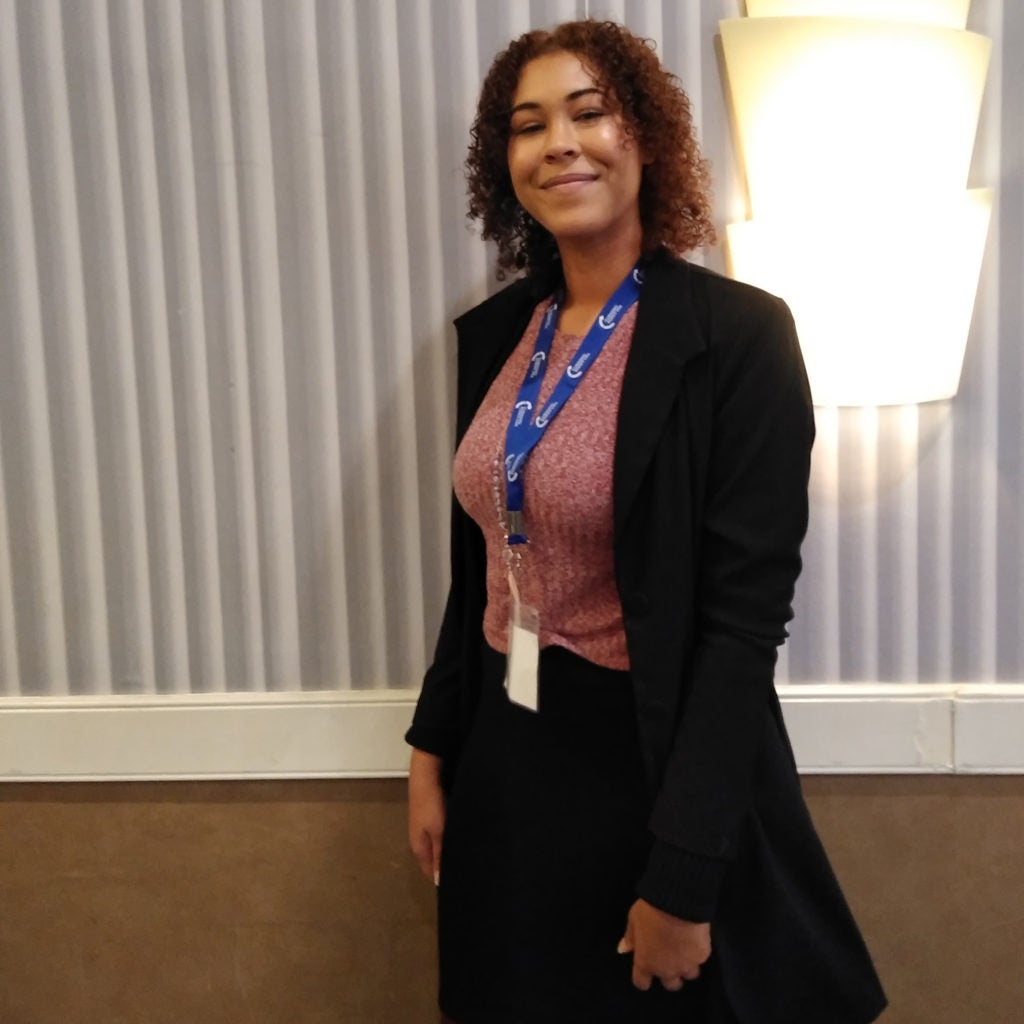 Attacked for Being Black and Conservative

Marshall Strawbridge, 19, said the president is correct, but with certain qualifications.

“I don’t know [to what] degree that it’s an active antagonism,” Strawbridge, a student at Manhattan College in New York City who is a native of St. Louis, Missouri, told The Daily Signal.  “But there is certainly … a learned stigma around black people adopting conservative thought.”

Strawbridge cited Carson, former Secretary of State Condoleezza Rice, and economist and social theorist Thomas Sowell as examples of black conservatives who have been called “stupid” by black and white liberals because of their political beliefs.

Cordell Erskine, 27, of Irvington, New Jersey, recounted a different experience from the others.

A student at his state’s Montclair State University, Erskine is an intern at Anheuser-Busch Companies LLC, where he writes code for data analysis.

“I don’t get a lot of abuse, because I’m not as vociferous as some of the other people here,” Erskine said.

“I like to keep my life separate from [politics],” he said. 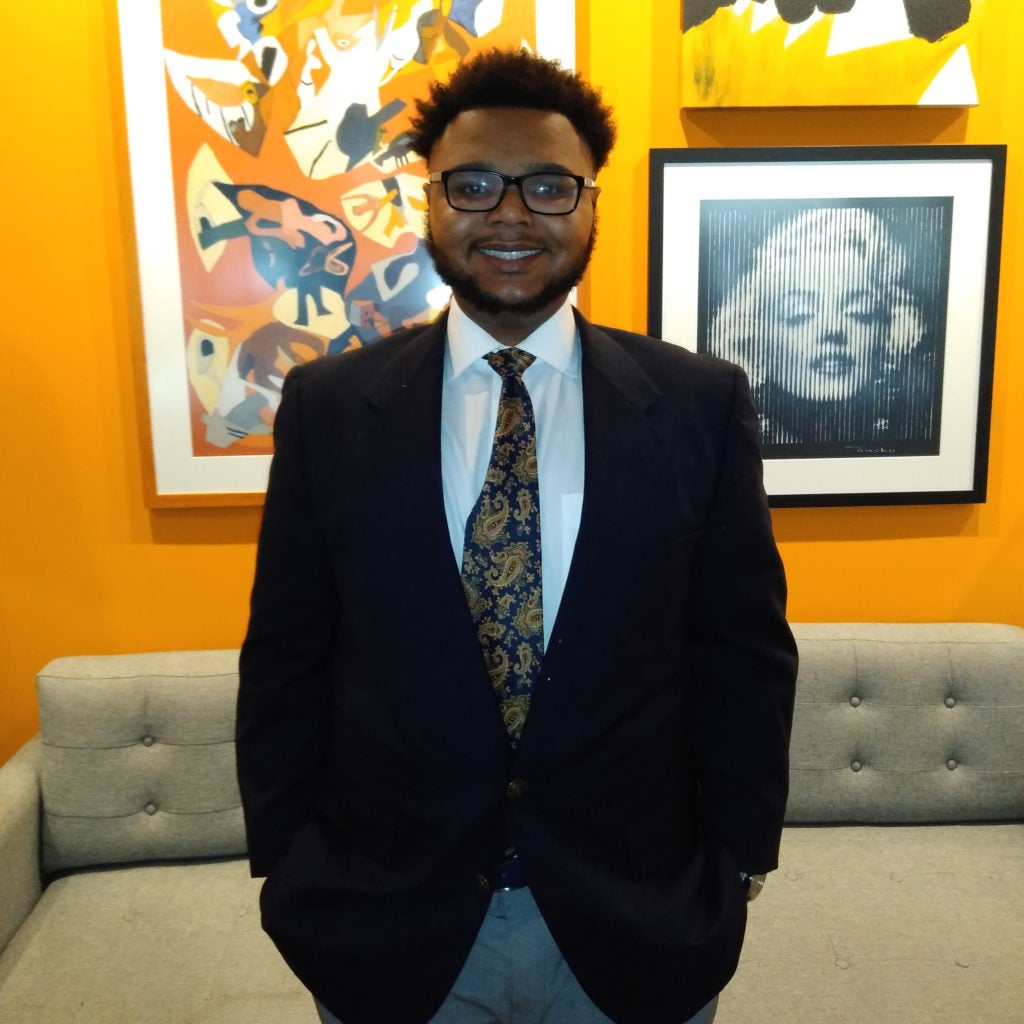 Kirk said Trump’s talking points on historically low black unemployment and poverty rates are an effective means of reaching out to blacks, as is the idea of prison reform.

“The black community is poorer today per capita than in the 1960s,” Kirk said. “How is that possible? It’s only possible by design.”

“And the Great Society was the great failure for the black community,” he added, referring to President Lyndon B. Johnson’s social programs in the mid- to late 1960s.

Maxwell said he agrees with Kirk that Trump’s points will resonate with black Americans.

“I think the economy should be the single most important issue for the black community, because any literature that exists on poverty … and crime [says] that this all comes from economic instability,” Maxwell said.

Jackson told The Daily Signal that she isn’t sure whether the president’s economic news for blacks would necessarily work on its own merits.

She said she thought more black Americans would become interested in such issues as the drop in black unemployment and proposed prison reforms with the right leadership and education efforts from conservatives who happen to be black. 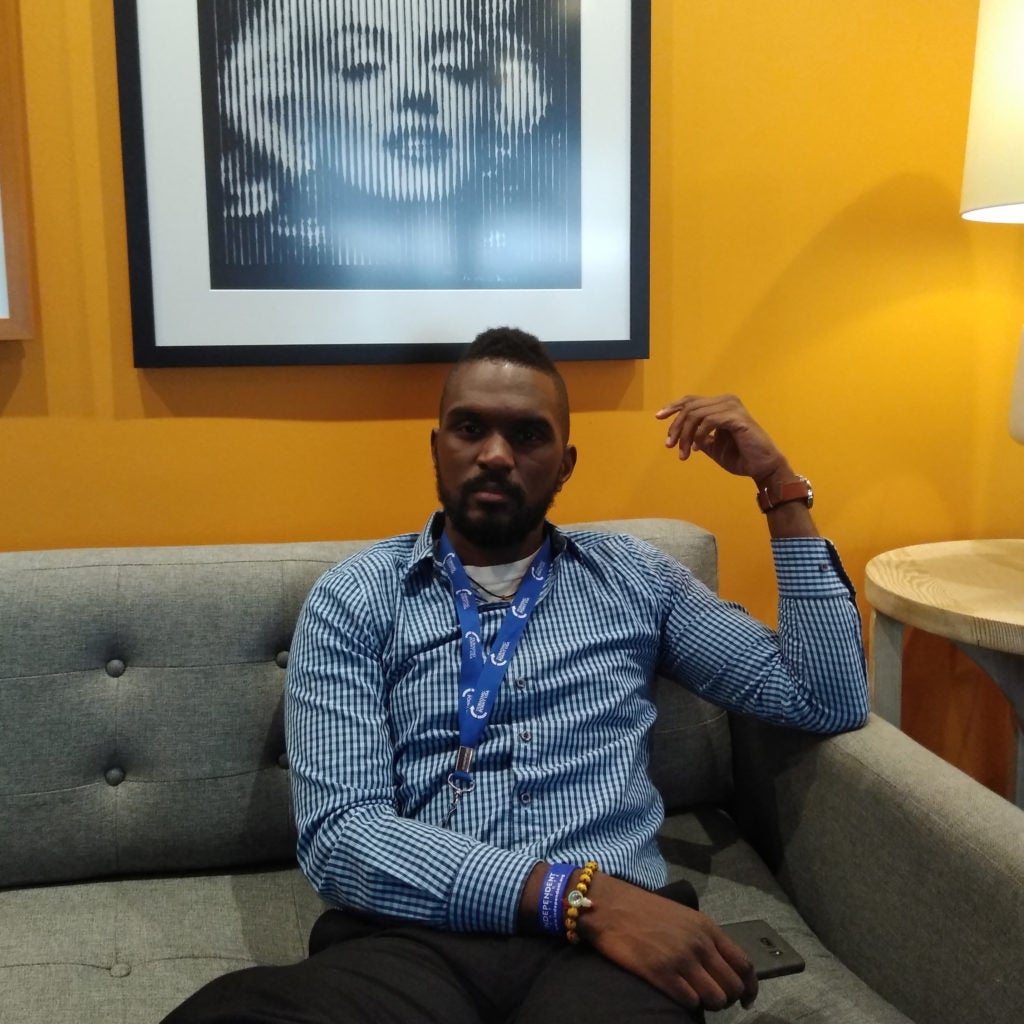 “I’m not as vociferous as some of the other people here,” Cordell Erskine, 27, says.

“I think the world of Kanye,” Kirk said, emphasizing the hip-hop star’s unique perspective as a music artist and entertainer. “He’s liberated a lot of people from groupthink and the monolithic, dangerous trap that people fall into that you have to be a leftist if you’re a black person.”

Boone said he was also enthusiastic about West’s possible role in opening minds to conservative principles.

“Granted, he could use a little bit of wordsmithing,” Boone quipped.

Boone also lamented the fact that many black celebrities with a leftist ideology talk about unemployment and prison reform, but often reject entering into dialogue with the president.

He cited Jay-Z’s success in persuading fellow rapper Meek Mill not to meet with Trump about prison reform.

“This is pioneer territory,” Kirk said of the summit for young black leaders. “This is just the beginning.”

“The conservative movement has never done anything like this, ever, which is equally exhilarating and kind of depressing,” he said.

“It was one of the most fulfilling days of my life,” Kirk said, adding of the attendees: “They’ll never forget [what Trump said]. It was a historic moment in many, many different ways.”

Kirk declined to say exactly what is next on his organization’s agenda, but promised,  “We have some very big things coming up.”

One thought on “African-Americans giving Trump a chance”