Election fraud is real. The Heritage Foundation’s Election Fraud Database, which has chronicled more than 1,300 cases of election fraud, proves that election fraud does occur in American elections.

Errors and omissions by election officials and careless, shoddy election practices and procedures or lack of training can also cause and have caused problems for voters and candidates alike.

But it doesn’t have to be this way. States can, and should, take action to restore integrity to our elections.

Here’s a list of best practices states should adopt for elections. 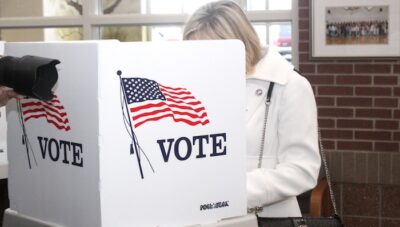 Elections have consequences. That’s why it’s crucial to ensure that every vote counts and isn’t diluted by election fraud and other problems. It’s time for states to implement these reforms to ensure voters will have faith in our elections.

2. Verify citizenship of voters. Only lawful citizens can vote in federal elections. States should, therefore, require proof of citizenship to register to vote, as well as verify the citizenship of registered voters with the records of the Department of Homeland Security, including access to the E-Verify system.

3. Require voter ID. A voter should be required to validate his or her identity with government-issued photo ID to vote in-person or by absentee ballot (as states such as Alabama and Kansas require). Government-issued IDs should be free for those who cannot afford one.

4. Limit absentee ballots. Absentee ballots should be reserved for those individuals who are too disabled to vote in person or who will be out of town on Election Day and all early-voting days.

5. Prevent vote trafficking. Vote trafficking (also called “vote harvesting”) by third parties should be banned. That would ensure that candidates, campaign staffers, party activists, and political consultants are prohibited from picking up and potentially mishandling or changing absentee ballots and pressuring or coercing vulnerable voters in their homes.

In other words, a political group can’t offer to pick up ballots and then bring them to the polling place and/or mail them, with no third party supervising that group’s behavior in the interim.

6. Allow election observers complete access to the election process. Political parties, candidates, and third-party organizations should all be allowed to have observers in every aspect of the election process, because transparency is essential to a fair and secure system. The only limitation on such observers is that they cannot interfere with the voting and counting process.

However, a representative of the election office should be present to answer the questions of the observers. They should be legally allowed to be in a position—exactly like election officials—to observe everything going on, other than the actual voting by individuals.

Election officials should be prohibited from stationing observers so far away that they cannot observe the process, including such procedures as the opening of absentee ballots and the verification process.

For example, if a secretary of state extends the deadline set by state law for the receipt of absentee ballots, legislatures should have legal standing to contest that unilateral change that overrides state law. They should be classified as a necessary party in any lawsuit.

And voters should be provided by state law with the ability to file a writ of mandamus against any state or local official who fails to abide by, or enforce, a state election law requirement.

In 2020, Pennsylvania Secretary of State Kathy Boockvar made changes to election law unilaterally. We need to ensure that can’t happen again in other states or in future elections.

Along with these nine (and other) reforms, there are specific measures states shouldn’t take.

For instance, there should be no same-day registration for voting. Registration should be required before Election Day to give election officials sufficient time to verify the accuracy of the registration information contained on a registration form and to confirm the eligibility of the potential voter.

There also shouldn’t be automatic voter registration. States should comply with the National Voter Registration Act and provide registration opportunities at state agencies. However, all individuals should be asked at the time of the state agency transaction, such as the application for a driver’s license, whether they want to register to vote.

No one should be automatically registered without their consent or knowledge, since this can lead to multiple registrations by the same individual, as well as the registration of ineligible individuals, such as noncitizens.

As we all know, elections have consequences. That’s why it’s crucial to ensure that every vote counts and isn’t diluted by election fraud and other problems. It’s time for states to implement these reforms to ensure voters will have faith in our elections.

This op-ed has been adapted from a Heritage Foundation report. To learn more, read the full report, “The Facts About Election Integrity and the Need for States to Fix Their Election Systems.”